Netizens have also appreciated the "awesome creativity" of UP Police. 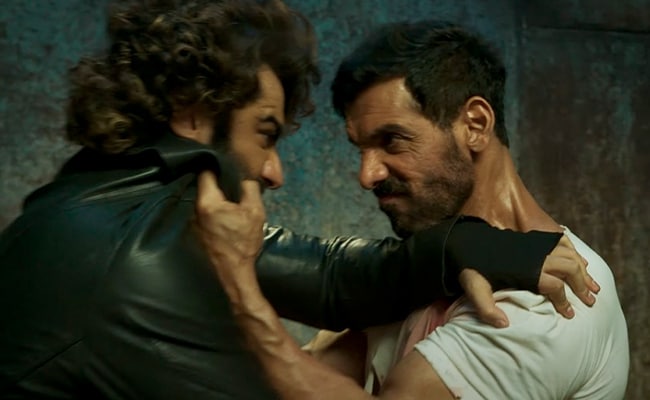 UP Police, in a separate tweet, has issued a "No Villain Returns" message too.

The excitement around Ek Villain Returns has gripped not just the masses but Uttar Pradesh Police as well. The official Twitter handle of the department has issued a “be nobody's villaintine” warning.

The police department has said that the “only sequel to crime is prison.” It has also shared a collage of first-look posters featuring Disha Patani and John Abraham with the text “Ensuring No Villain Returns From Behind The Bar” written on it.

UP Police has also taken a cue from the hit number Galliyan Returns and added, “ “Dial 112 to make Teri Galliyan safer.” The soulful track is sung by Ankit Tiwari.

….because the only sequel to crime is prison!

UP Police, in a separate tweet, has issued a “No Villain Returns” message too.  The note was attached to a collage of the first-look posters of the lead cast, Arjun Kapoor, Tara Sutaria, Disha Patani and John Abraham, and newspaper cut-outs of arrests made by the department.

“Going beyond the call of duty every day, the Heroes Of Uttar Pradesh Police ensure citizens' safety and hunt down villains one by one,” the tweet read.

Going beyond the call of duty everyday, the #HeroesOfUPP ensure citizens safety & hunt down villains one by one.#NoVillainReturnspic.twitter.com/OI9uFvJ4aG

Ek Villain franchise director Mohit Suri was among the first to drop a comment under the post.

Netizens have also appreciated the Ek Villain-style warnings issued by UP Police.

“Awesome creativity” was the sentiment on the social media platform.

A user said, “Somebody with a tremendous sense of humour is handling this account.”

Somebody with a tremendous sense of humour is handling this account:) !! Proud to be from UP ☺️

Ekta Kapoor, who has jointly produced the sequel to 2014 Ek Villain, has shared a screenshot of the UP Police tweet and wrote, “Galliyan returns making headlines. We love our police as Ritesh would say. Hum aaapko shikayat ka mauka nahi denge,”

Ek Villain Returns is slated to be released on July 29.