Dense fog in Delhi today. The weather office has said visibility has dipped to zero in Delhi, Lucknow and Amritsar. 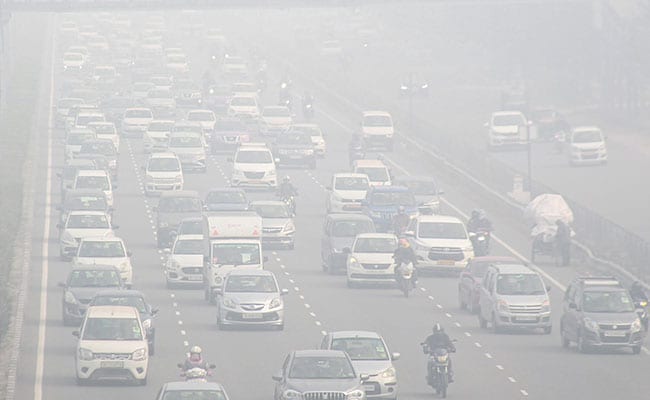 Dense fog enveloped Delhi and large parts of north India on Saturday. "Zero visibility shown over Delhi, Lucknow and Amritsar...," the India Meteorological Department said in a tweet. This is the third time during this winter season that the visibility has dropped to zero in the city. "Very dense" fog is predicted in parts of the city on Sunday as well, an IMD official said. Dense fog has resulted in the delay of several trains and at least 50 flights in Delhi. Traffic movement has also been hit. The Delhi airport authority has said that due to dense fog, only CAT IIIA and CATIII B compliant aircraft and pilots can operate. Passengers have been requested to contact the airlines concerned for updated flight information.

Zero visibility shown over Delhi, Lucknow & Amritsar winds due to variable & calm lower level winds. Similar fog conditions are likely in the morning of 17th as well. Visibility is likely to improve from 18th when a fresh spell of relatively stronger easterlies is likely over the pic.twitter.com/x67AbZSBW4

Dense fog in Delhi and parts of north India is due to "variable and calm lower level winds," the Met office said, adding that "similar foggy conditions are likely in the morning of 17th as well. Visibility is likely to improve from the 18th".

The air quality index (AQI) in Delhi was in the ''severe'' category. The city's AQI was 436 at 9 am. This is due to "extremely unfavourable" conditions for the dispersion of pollutants, government agencies said. The 24-hour average AQI was 460 on Friday, 429 on Thursday, 354 on Wednesday, 293 on Tuesday and 243 on Monday.