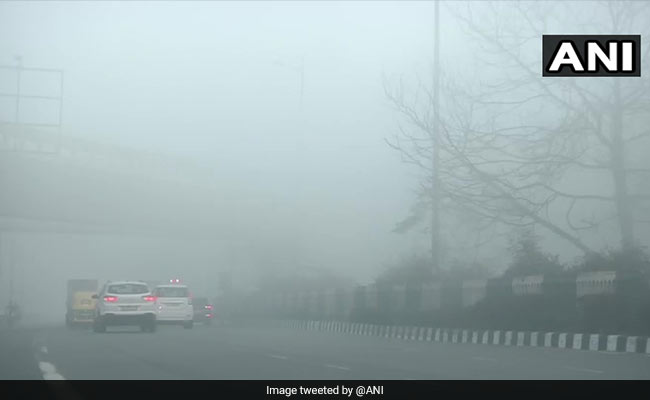 Dense fog enveloped Delhi and its neighbouring areas on Friday. Thick fog shrouded large tracts of the northern plains including Uttar Pradesh, Bihar and hilly regions of West Bengal and Sikkim as well. The weather bulletin of the India Meteorological Departmengt (IMD), at 8.30 am said, there is "dense to very dense fog in isolated pockets of Punjab, Haryana, Uttarakhand, and Uttar Pradesh and moderate to dense fog in isolated pockets over Delhi, Bihar, Assam and Tripura." Very dense fog has been reported at isolated pockets in northwest Madhya Pradesh.

A fresh Western Disturbance is likely to affect the Western Himalayan Region from 31st January onwards, the weather office said, adding that  "under its influence isolated to scattered rain or snow with moderate thunderstorm and lightning are likely over the region from 1st to 3rd February.

Cold wave conditions intensified in Kashmir today as the mercury plunged by two degrees in Srinagar, while the minimum temperature elsewhere in the Valley stayed mostly 10 degrees below freezing point, according to the Met office