Mr Binoy Visvam said, "The Right of a Parliamentarian to move freely and meet with the people is integral to the privilege of their position itself". 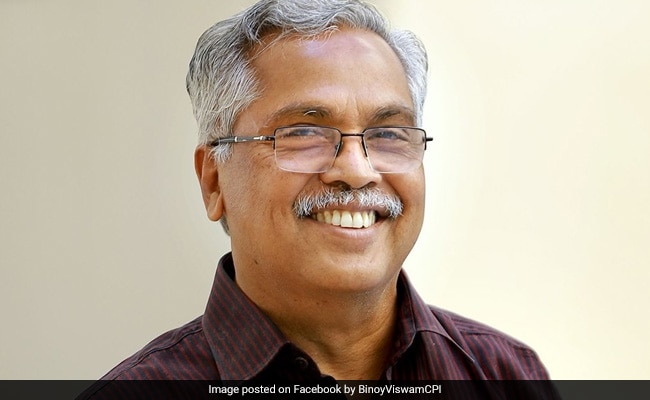 Binoy Viswam has filed a breach of privilege motion against the Lakshadweep Administration.

Communist Party of India (CPI) MP Binoy Viswam on Thursday filed a breach of privilege motion against the Lakshadweep Administration for denying him an entry to the islands.

In his letter to the Rajya Sabha Secretary General, Mr Viswam said that he had informed Lakshadweep Administrator Praful K Patel on May 26 about his intention to visit, and assured that he would comply with Covid-19 regulations.

Despite repeated attempts, Mr Viswam said, the administration took five days for an "elusive" reply, sent by the Additional District Magistrate of Karavatti, who stated that his visit should be undertaken at a later day due to the Covid-19 pandemic.

He pointed out that the Lakshadweep islands were free of the coronavirus in 2020, until the administration took over and relaxed quarantining guidelines, which has resulted in over 4,000 Covid cases and over 20 deaths.

"For the administration to now use the cover of Covid-19, to prevent elected representatives visit the island to address the grievances of the people, is most undemocratic and an abuse of power on the part of the administration. The Right of a Parliamentarian to move freely and meet with the people is integral to the privilege of their position itself," he wrote.

He added, "I urge you to take notice of this breach of privilege and ensue proceedings in that regard."

Mr Viswam also said that the "undemocratic actions" of the Administration in Lakshadweep were a ''matter of great concern and require the continued attention of elected representatives''.

"In the last three months, the administration has passed numerous orders and suggested changes to policies that would disenfranchise a vast majority of the UT's population. The impact of these decisions will affect all aspects of life with widespread social, political, cultural and economic ramifications," he added.