Delhi's Massive Push To Curb Pollution From Vehicles Ahead Of Winter

Delhi's transport department has launched an enforcement drive against vehicles that do not have a valid pollution certificate, said a notice issued by the Pollution Control Division. 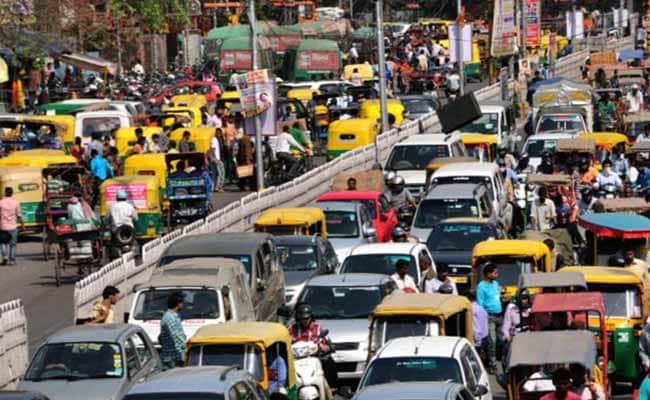 Delhi has made Pollution Under Control (PUC) Certificate mandatory for vehicles amid rising pollution levels in the winter with the Transport Department requesting motorists to produce the document before its teams at the city's fuel stations.

The department has launched a massive enforcement drive against vehicles that do not have a valid PUC Certificate, said a notice issued by the Pollution Control Division of the department.

"All registered vehicle owners are requested to show their validly issued PUC Certificates while refuelling at fuel stations," it said. Transport department officials said nearly 50 teams will be deployed randomly at fuel stations across the city.

The teams will mainly check the PUC Certificates of vehicles and ask motorists to get one if they do not have it already.

"The focus will be on encouraging vehicle owners not having a PUC Certificate to get it rather than penalising them. However, those declining to do so or trying to speed away may be challaned," said a senior transport officer.

Vehicle owners who fail to get a valid certificate are liable to be challaned under the Motor Vehicle Act, 1993, leading to imprisonment of up to six months or fine up to Rs 10,000, or both.

They may also lose their driving licence for three months, said the notice.

Chief Minister Arvind Kejriwal had announced earlier this month a 10-point winter action plan that included strict enforcement of the pollution certificate with the formation of 500 teams to check vehicles.

Vehicles are periodically tested for their emission standards for pollutants like carbon monoxide, carbon dioxide and others after which they are given the PUC certificates.

There are around 1,000 pollution checking centres authorised by

the Transport department in Delhi. These are set up at petrol pumps and workshops all over the city for easy access by motorists.

According to the Central Motor Vehicles Rules, 1989, every motor vehicle (including those conforming to BS-I/ BS-II/ BS-III/BS-IV as well as vehicles running on CNG/LPG) is required to carry a valid PUC Certificate after the expiry of period of one year from the date of its first registration. However, the validity of four-wheeled BS-IV compliant vehicles is one year and for other vehicles it is three months.