Delhi Pollution: The panel noted that there has been considerable progress in expanding the air quality monitoring network in Delhi-NCR since 2015. 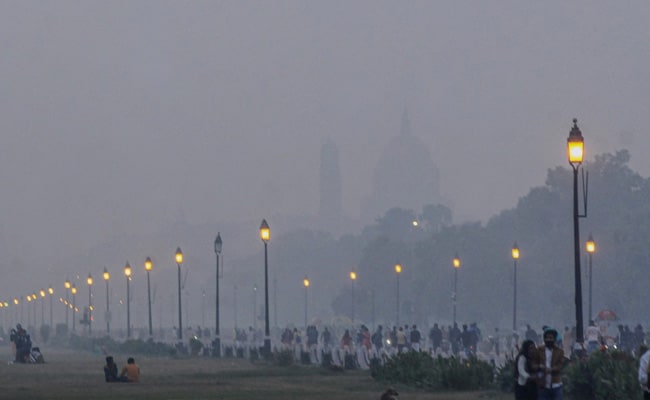 Delhi Pollution: The recommendation is part of a policy formulated by the panel to curb air pollution.

The Commission for Air Quality Management (CAQM) has recommended strengthening of the air quality monitoring network in the national capital region (NCR) to identify pollution hotspots and assess transboundary movement of pollution.

The recommendation is part of a policy formulated by the panel to curb air pollution in Delhi-NCR.

The CAQM noted that there has been considerable progress in expanding the air quality monitoring network in Delhi-NCR since 2015.

The region has a total of 146 monitoring stations at present, of which 65 are manual and 81 real time.

There are 50 air quality monitoring stations (both manual and real-time) in Delhi, 11 in Gurugram, 8 in Ghaziabad, 12 in Gautam Buddh Nagar, five in Faridabad, four in Baghpat and three each in Jhajjar, Sonipat and Rohtak.

“Nearly a quarter of all the real-time air quality monitors in the country are in Delhi-NCR. However, there is asymmetry in the distribution of monitors.

“Most monitors are concentrated in urban centres. While 50 per cent of the real-time monitors are located in Delhi, the remaining are distributed mainly in the four cities of Faridabad, Gautam Buddh Nagar, Ghaziabad and Gurugram,” the panel said.

The other districts of NCR have only one real time monitor each. Until some time ago, several districts did not have any monitors at all, including manual ones.

The panel said the Air Quality Early Warning System' (AQEWS) and Decision Support System (DSS) should be further expanded to cover the entire NCR for better and informed decision making.

The Indian Institute of Tropical Meteorology had recently developed AQEWS which provides a dynamic daily air quality forecast for Delhi-NCR.

Recently, the AQEWS was integrated with DSS for effective air quality management in Delhi-NCR.

DSS provides both qualitative and quantitative information regarding contribution of different emission sectors in the region, including biomass-burning in neighbouring states.

The policy, unveiled on Wednesday, lists sector-wise action plans to curb air pollution in Delhi-NCR in the next five years. It comes into effect immediately.

According to the policy, all thermal power plants located within 300 kilometre radius of Delhi will have to ensure compliance with emission standards according to the deadline set by the Union environment ministry.

Only Compressed Natural Gas (CNG) and electric autos will be registered in NCR from January 1, 2023.