Delhi Rain Update: There has been no rainfall in Delhi for two weeks. The last time Safdarjung Observatory recorded any rainfall was on September 8, the weather office said. 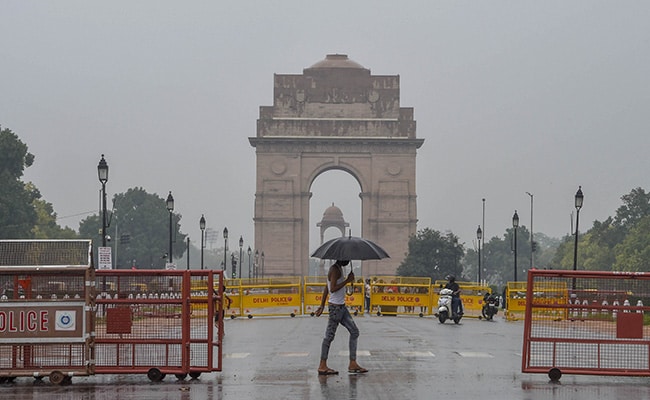 Delhi Monsoon Update: The national capital is likely to receive light rainfall on Wednesday, which could be the last of this monsoon season, the Met department said.

There has been no rainfall in Delhi for two weeks. The last time Safdarjung Observatory, which provides representative data for the city, recorded any rainfall (1.3 mm) was on September 8. The capital has recorded only three rainy days this month, the lowest since 2016.

"Light rain is possible in parts of Delhi on Wednesday. Thereafter, there is very little chance of any rainfall till the withdrawal of the monsoon," Kuldeep Srivastava, the head of IMD's regional forecasting centre, said.

The monsoon is likely to start withdrawing from Rajasthan on September 26. Thereafter, it will recede from Delhi, Haryana, west Uttar Pradesh simultaneously by September last week, Mr Srivastava said.

Heat and humidity continue to trouble the residents. On Tuesday, the maximum temperature settled at 37 degrees Celsius, three notches more than the normal. Delhi has recorded 80 per cent less rainfall in September so far, according to India Meteorological Department data.

The Safdarjung Observatory has recorded just 21 mm rainfall against the normal of 104 mm this month so far. In August, the city received 237 mm rainfall, the highest for the month in seven years.

Overall, Delhi has recorded 576 mm rainfall against the usual 624 mm since June 1, when the monsoon season started.