Ravinder Kumar, 34, had asked two men not to pee near his e-rickshaw stand. They came back with their friends and beat him up 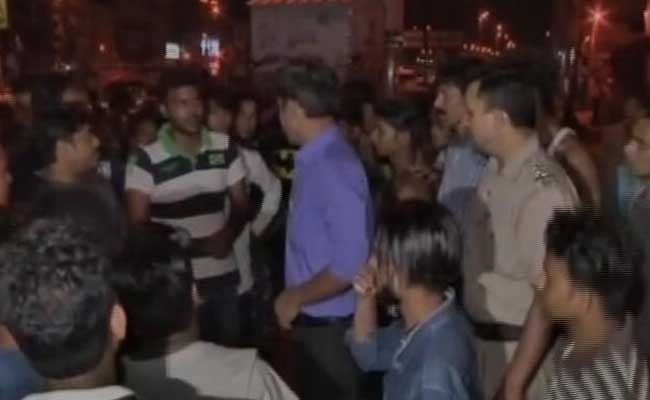 Parking attendant Ravinder Kumar, who had objected to public urinating, died at a local Delhi hospital

New Delhi: Objecting to public urinating cost a Delhi man his life today. Ravinder Kumar, a parking attendant at an e-rickshaw stand in northwest Delhi, died at a local hospital. He had been beaten up by a group of men yesterday.

Mr Kumar had raised objections after he saw two men urinating on the road near his e-rickshaw stand, his family said. But the men got angry and threatened to teach him a lesson. The same evening, they came back in the evening with a gang and beat him up, said his brother Vijender Kumar.

Calling for strong action, union Minister Venkaiah Naidu tweeted, "Sad that an e rickshaw driver was beaten to death for stopping 2 people from urinating in public in Delhi. He was promoting #SwachhBharat."

"Spoke to police commissioner & asked him to take strongest action possible against the culprits," he said in another tweet.

The 34-year-old had not sustained any major injury and did not visit a doctor. That evening, he went home and told his family about the incident. But later in the night, he fell unconscious. The family rushed him to the hospital, where he was declared dead.

The police have filed a case and have taken the statements of some eye-witnesses. A hunt is on for the culprits.

"Investigations are on. Police teams have been formed to arrest them," said Surinder Kumar, a senior officer of the local police.

Promoted
Listen to the latest songs, only on JioSaavn.com
While urinating in public is not illegal, there has been a major thrust on sanitation following Prime Minister Narendra Modi's Clean India campaign. Toilets have been built and awareness drives have been held across the country for the last two years.

After completing three years last week, the government said 2.09 crore toilets have been built across the country so far - a huge boost over the 49.76 lakh in 2013-14.