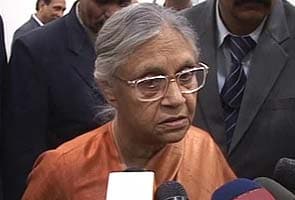 New Delhi: In fresh case of embarrassment to the Sheila Dikshit government, the Delhi Lokayukta has taken a stern stand against the Delhi Chief Minister.

On Monday, Delhi Lokayukta Manmohan Sarin passed an order, slamming the chief minister for "misrepresenting" facts. Sarin stated that to garner popularity ahead of the 2008 assembly polls, despite knowing that this was not the case, Dikshit announced that 60,000 low-cost flats were ready. He recommended the President to censure her for misrepresenting the facts.

Sarin's order came following investigation into the complaint filed by advocate Sunita Bhardwaj, a BJP member. In her defence, Dikshit told the Lokayukta that the complaint was a part of the strategy of principal rival political party to "malign her as a part of political vendetta".

Promoted
Listen to the latest songs, only on JioSaavn.com
According to her, "If the complete application form was read, it was clear that 60,000 houses were to be constructed and thus there was no misrepresentation."

She refused to comment on the order, saying she has not read it as yet. She, however, maintained that distribution of flats was a "complex process" and that the government was not trying to "mislead" anybody.