The Delhi government will also provide incentives to single-use plastic manufacturing units willing to switch over to green alternatives. 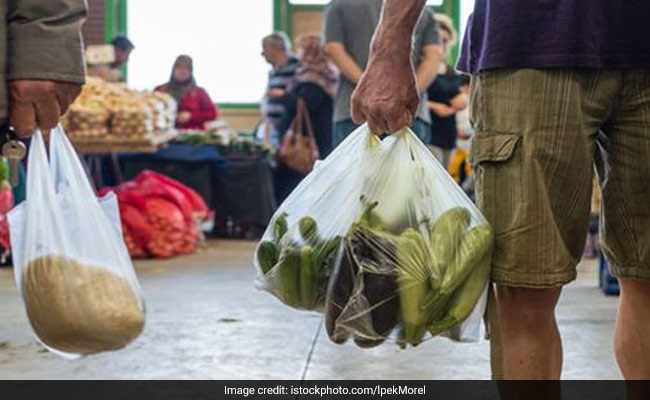 The Delhi government has decided to be lenient towards those violating the ban on single-use plastic (SUP) items for the initial 10 days and has launched a massive campaign to create awareness against the use of such commodities and promote their alternatives.

It will also provide incentives to SUP manufacturing units willing to switch over to green alternatives.

Enforcing the ban without providing alternatives to people will be detrimental considering the effect of Covid on businesses and inflation, an official said.

Environment Minister Gopal Rai had Friday said the ban comes into effect when the unemployment rate is high.

"It is going to affect a large number of manufacturers, distributors and sellers of SUP items. Many people will find it difficult to make their ends meet. These people are our own," he had said.

A three-day fair is being organised at Delhi's Thyagraj Stadium to promote alternatives to SUP items. On Sunday, the government will hold a roundtable conference with all the stakeholders, including food delivery services such as Zomato and Swiggy, to discuss these alternatives.

The government has also issued directions to urban local bodies to install kiosks in markets for promotion and sale of SUP alternatives. Delhi generates 1,060 tonnes of plastic waste per day. SUP is estimated to be 5.6 per cent (or 56 kg per metric tonnes) of the total solid waste in the capital.

The revenue department and the Delhi Pollution Control Committee have constituted 33 and 15 teams, respectively, to ensure enforcement of the ban.

The DPCC will ensure compliance with the ban in conforming areas, and MCD and other local bodies will be responsible for its implementation in the informal sector, officials said.

The MCD and other urban local bodies will act against the defaulting units according to their bylaws while the revenue department will take action under the Environment Protection Act.

Authorities will issue warning notices to units found violating the ban on 19 SUP items till July 10 and punitive action will be taken thereafter against repeat offenders.

The action will include a fine of up to Rs 1 lakh or a jail term of up to five years or both under the Environment Protection Act, 1986.

The SUP items seized during the enforcement drive will be incinerated in waste-to-energy plants to ensure they do not end up in landfills or clog water bodies.

An official said the environment department will monitor the implementation of the ban through the "Green War Room", which was setup in October 2020 to keep a tab on air pollution levels and address related complaints.

The 'Green Delhi' mobile application has also been updated to receive complaints regarding violation of the ban on SUP items. Officials said meetings are being held with industrial associations to educate and guide them about the ban.

The government will continue to issue public notices in newspapers and social media.

The Confederation of All India Traders (CAIT) said it has asked traders across the country to follow the ban and has started a nationwide awareness drive which will continue till July 31.

CAIT Secretary General Praveen Khandelwal said traders will take out rallies in markets against the use of SUP items.

Ashish Jain, the founder of Indian Pollution Control Association, said the ban on SUP items is unlike the restrictions ordered on plastic items earlier.

"Governments failed to implement such restrictions in the past, and therefore, a large number of people did not take the ban on SUP items seriously. They hoped for a last-minute concession. That's why the Delhi government has decided to give them a grace period of 10 days," he said.

Besides the enforcement of the ban, the Delhi government has also decided to conduct a study to find out potential barriers in elimination of the SUP items.

The Delhi Pollution Control Committee has also asked Sriram Institute of Industrial Research to conduct a survey to identify littering hotspots and quantify plastic waste generation in the city.

On August 12 last year, the Union environment ministry had issued a notification prohibiting the manufacture, import, stocking, distribution, sale and use of identified SUP commodities, including polystyrene and expanded polystyrene, from July 1 this year.

The thickness of plastic carry bags will have to be increased from 75 microns to 120 microns from December 31.

Plastic used for packaging in the FMCG sector is not banned but will be covered under the Extended Producer Responsibility (EPR) guidelines.

The EPR is a producer's responsibility to ensure environmentally-sound management of the product until the end of its life.