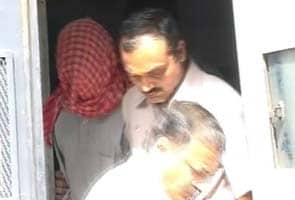 New Delhi: The first verdict in the gang-rape of a student on a moving bus in Delhi in December is expected to be delivered today by a juvenile court.

The fatal attack on the 23-year-old physiotherapy intern provoked national outrage and impelled an overhaul of archaic laws to punish sexual crimes against women.

Six men were arrested for assaulting the student and her boyfriend with an iron rod. One of them was 17 at the time of the attack. The charges against him include murder and rape, and he faces a maximum sentence of three years at a reform centre. He has said he is not guilty.

The inquiry against him was completed on August 5 but the ruling was deferred repeatedly because of a Supreme Court case filed by BJP leader Subramanian Swamy which seeks to change the legal definition of a juvenile.

Recently, the Supreme Court said the juvenile court is free to share its judgement on both the gang-rape and the charge that the defendant robbed a carpenter who boarded the same bus on the night of December 16 last year, and was thrown out before the student and her boyfriend were assaulted.

The family of the young woman who was assaulted has said they want all the accused, including the juvenile, to be hanged.

Of the five other men who were arrested, one committed suicide in jail in March. The other four are being tried by a special fast-track court and could get the death sentence if convicted.

Promoted
Listen to the latest songs, only on JioSaavn.com
The verdict on them is expected in mid-September.

The young woman and her boyfriend had finished watching a movie at a popular south Delhi mall when they were allegedly tricked into boarding an off-duty bus. The police say the men on board then raped and brutalised the woman and savagely beat the man before dumping them naked on the roadside. The woman died from her injuries two weeks later in a Singapore hospital.