Delhi election 2020: "Do I look like a terrorist from any angle?" Delhi Chief Minister Arvind Kejriwal told NDTV in an interview, referring to comments by BJP leaders Prakash Javadekar and Parvesh Verma 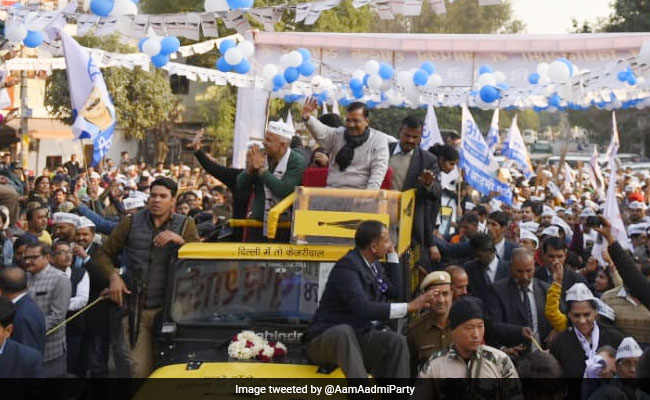 Delhi Chief Minister Arvind Kejriwal has raised a counter-question to jabs by BJP leaders that he was a "terrorist". In an interview with NDTV, Mr Kejriwal, whose Aam Aadmi Party (AAP) swept the Delhi election in 2015 and is looking to repeat that feat, challenged the opposition BJP to prove their claims.

"Do I look like a terrorist from any angle?" Mr Kejriwal said, referring to comments by BJP leaders Prakash Javadekar and Parvesh Verma that "there is plenty of proof" against the AAP chief, who had once called himself an "anarchist" during a protest to appoint the anti-corruption body Lokpal.

In speeches ahead of the election to the Delhi assembly to be held on Saturday, BJP leaders in the national capital and the centre have been speaking in one voice against Mr Kejriwal and clubbing him with "terrorists" and "Shaheen Bagh-type people".

"There is a reason voters of Delhi have turned away from Arvind Kejriwal. Kejriwal makes an innocent face and asks - 'am I a terrorist?' -- You are a terrorist, there is plenty of proof. You had yourself said you are an anarchist; there is not much difference between an anarchist and terrorist," Union Minister Prakash Javadekar said Monday.

BJP MP Parvesh Verma was the first to use the term for the Delhi Chief Minister on January 25, on the campaign trail. He had implied that if Mr Kejriwal returned to power, then "Shaheen Bagh-type" of people will take over the streets. Shaheen Bagh in south Delhi is among the most prominent sites of protests against the Citizenship (Amendment) Act or CAA that critics say discriminates against Muslims.

"The BJP benefits from keeping Shaheen Bagh alive. The BJP does not want Shaheen Bagh to be resolved. They do not have any work that they can show which can win them votes," Mr Kejriwal told NDTV.

The election to the Delhi assembly is on Saturday; results will be out three days later.