As Diwali Nears, 4,000 Kilograms Of Firecrackers Seized In Delhi So Far: Police

According to police data, at least 26 people have been arrested and 23 cases have been registered against those caught in storing, selling and using firecrackers. 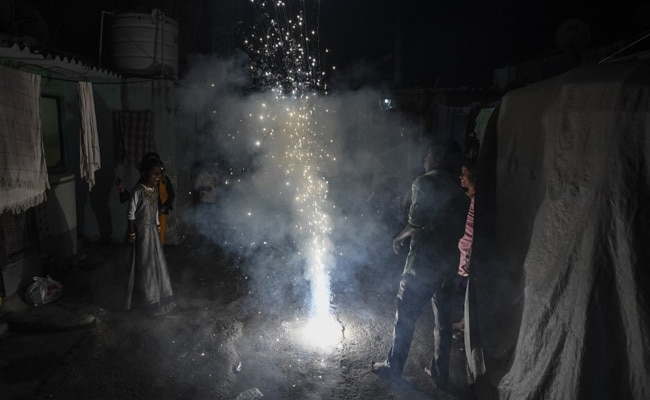 Delhi Pollution Control Committee has ordered a complete ban on the sale and bursting of firecrackers.

Ahead of Diwali, at least 26 people have been arrested and nearly 4,000 kilograms of firecrackers have been seized in the national capital by the Delhi Police since its ban owing to the “dangerous pollution levels” around the time of the festival in the region, officials said on Sunday.

According to police data, at least 26 people have been arrested and 23 cases have been registered against those caught in storing, selling and using firecrackers.

Police said even though most of the manufacturing and storage units have been shut in the national capital, people engaged in the business have managed to procure firecrackers at lower prices from its neighbouring states of Uttar Pradesh and Harayana in huge quantities.

They said these persons who were mostly vendors and sellers engaged in the business of firecrackers are caught while they are illegally getting them transported in vehicles from adjoining states.

After procuring these firecrackers, the police said, they are stored illegally in huge quantities at market areas of Sadar Bazar, Chandni Chowk, Paharganj, Karol Bagh and other prominent market areas in the national capital from where these crackers are later sold at higher prices.

In northwest Delhi, two men were arrested in two separate cases of Explosives Act at Subhash Place and Mahindra Park area respectively and over 300 kg of firecrackers have been seized so far, said a police officer.

On Friday, a 33-year-old Noida shopkeeper was arrested from southeast Delhi's Hazrat Nizamuddin area for allegedly carrying 21.7 kg firecrackers in his vehicle despite a ban on their sale and bursting, police had said.

The accused Heera Lal, disclosed that he had purchased the firecrackers to sell them at his shop at a higher price in order to earn quick money, they said.

On September 28, the Delhi Pollution Control Committee (DPCC) had ordered a complete ban on the sale and bursting of firecrackers in the national capital till January 1 next year.

In Rohini, the police claimed to have seized more than 1,174 kg of firecrackers from three sellers in the area during this period while in North Delhi, approximately 500 kg of firecrackers were recovered where vendors stored illegal firecrackers procured from UP at godowns in areas of Sadar Bazaar to sell them at higher prices.

In central Delhi, over 286 kg of firecrackers were seized where these crackers are sold illegally in Chandni Chowk, Paharganj, Karol Bagh and other market areas, the police said.