NRI Businessman Gets Bail In Case Linked To Robert Vadra

The court granted bail to Non-Resident Indian businessman CC Thampi on submitting a personal bond of Rs 5 lakh with two sureties of like amount. 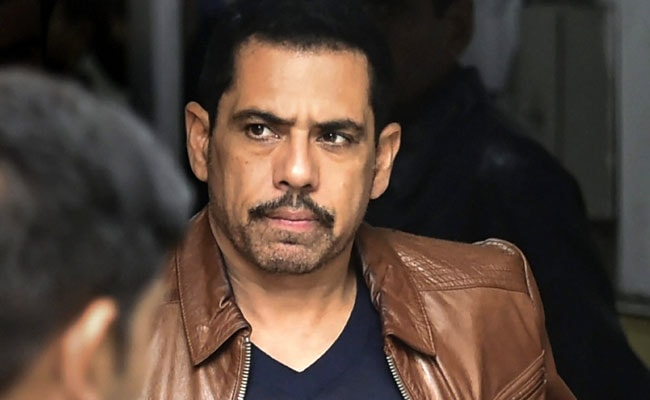 CC Thampi was arrested on January 18 in a money laundering case related to Robert Vadra. (File)

Special judge Arvind Kumar noted that the main accused, Mr Vadra was already granted anticipatory bail in the case in April last year and CC Thampi was entitled to parity.

The court granted relief to CC Thampi on submitting a personal bond of Rs 5 lakh with two sureties of like amount, saying that his conduct "does not show that he avoided probe or tried to flee from justice".

The case relates to allegations of money laundering in the purchase of a London-based property -- located at 12, Bryanston Square -- worth 1.9 million pounds, which is allegedly owned by Vadra, son-in-law of Congress chief Sonia Gandhi.

"The accused (CC Thampi) has joined investigation voluntarily and had come from Dubai to India in response to the summons issued by ED. The conduct of the accused does not show that he avoided investigation or tried to flee from justice. The accused is ready to join investigation as and when called," the judge noted.

The court noted further that co-accused Manoj Arora, who allegedly played active role with Vadra in the offence of money laundering, was also granted anticipatory bail in April last year.

"Thampi is also entitled to be treated on parity," the court said.

The court also noted that CC Thampi suffered from "prostate cancer" and had undergone proton radiation therapy in 2019 and was still under treatment at Mayo Clinic Hospital, Rochester, Minnesota, USA.

"He is in custody for 11 days. No purpose will be served by keeping the accused behind the bar," the court said, while granting him bail.

It directed him, however, not to try to contact or influence any witness and not to tamper with the evidence "He shall join investigation as and when called by ED. Accused shall not leave country without prior permission of the court," the judge said.

While granting relief to 63-year-old Thampi, the court noted that he was a non-resident Indian residing in Dubai since 1980 and is in hospitality business and that he had joined investigation in response to summon issued to him.

"He has appeared before ED on 15 occasions from June 17, 2019 to January 17, 2020 and was interrogated by the ED... It is clear that accused has joined investigation before his arrest and during 10 days of custody with Enforcement Directorate. Even otherwise, if the accused, at any stage, is required for investigation he can be called to join investigation," the judge noted.

It noted that the documents have already been recovered in the case. On ED's apprehension that Thampi may tamper with evidence and may influence the witnesses, the court said the agency failed to cite even a single instance when the accused tampered with evidence or influenced any witness since the time of registration of ECIR on February 10, 2017.

"The apprehension of the ED that accused may tamper with evidence and may influence the witness is without any basis," the court said.

The probe agency had opposed the bail applications, saying the accused was involved in multiple transactions in violation of PMLA and the investigation in the present case has international ramification and is at early stage.

It added that release of the accused will hamper the ongoing investigations which was at a crucial stage.

"Accused do not deserve bail keeping in view of nature and gravity of the offence," the agency had told the court.

Thampi was arrested by the ED on January 18. He is stated to be "controlling" Dubai-based company Sky Lite.

In 2009, another co-accused Sanjay Bhandari's firm, Santech FZE, purchased a London asset from a private company which was acquired by Sky Lite.