Survey will gauge acceptance of party lawmakers in all 7 seats, the implementation of government's schemes and programmes in last four and half years. 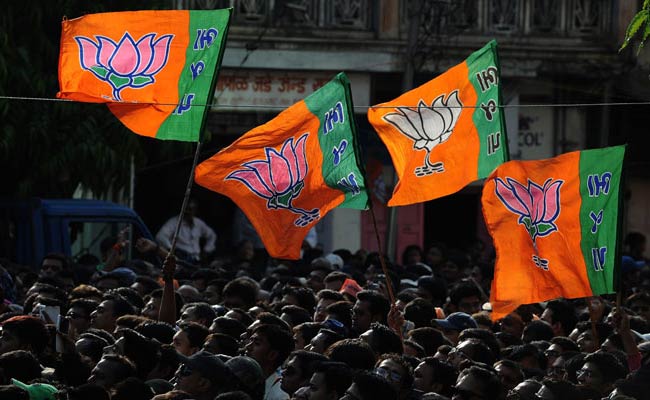 Survey findings will be shared with national and Delhi unit leadership of the party. (Representational)

In the run up to the Lok Sabha elections next year, Delhi BJP will undertake a survey to ascertain the popularity of its lawmakers in their constituencies in the national capital and help the party in candidate selection.

The party, which won all the seven Lok Sabha seats in the 2014 general elections, faces a daunting challenge to repeat the success in the 2019 polls.

According to a top Delhi BJP leader, the pre-poll survey will be conducted by a consultancy firm in the first half of September.

"The survey will seek to gauge not only the acceptance of party lawmakers in all the seven seats, it will also try to ascertain the impact of work done by them, and implementation of the BJP government's schemes and programmes in the last four and half years," he said.

Under the survey, questionnaires on work done by BJP lawmakers and their accessibility to people, will be filled by a standard set of respondents in all the seven constituencies, between September 1 and September 15.

"The findings of the survey will be shared with national and Delhi unit leadership of the party," the Delhi BJP leader said.

BJP's main challenge in Delhi would be from the Congress and the AAP whose internal surveys have claimed victory for them on most of the seven seats.

"For us, the survey will serve to help in candidate selection and prepare our strategy for 2019 elections," the leader said, adding it will also clear the air as the "so called" surveys by the AAP and Congress have come to light claiming victory for them.

The AAP, which had failed to win a single seat in Delhi in the 2014 Lok Sabha elections, has already announced names of in-charges for five parliamentary constituencies, who have started pre-poll work.