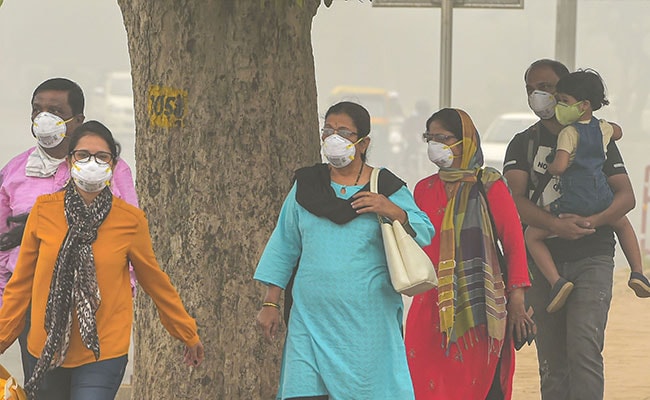 Delhi's air quality dipped to the ''very poor'' category again on Sunday due to an increase in incidents of stubble burning and a change in the wind direction.

The Central Pollution Control Board (CPCB) registered Delhi's air quality index (AQI) at 321 at 4 pm on Sunday, up from Saturday's 283. Most of the 37 air quality monitoring stations in Delhi recorded air quality in the ''very poor'' category.

Neighbouring Greater Noida with an AQI of 347, Ghaziabad (374) and Noida (353) also recorded an increase in pollution levels.

With the winter setting in, a dip in the minimum temperature makes the air cold and heavy leading to accumulation of pollutants close to the ground, the System for Air Quality and Weather Forecasting and Research (SAFAR) said.

It said the boundary-layer winds are northwesterly which are favourable for stubble plume intrusion.

"The only positive factor is the forecast of high local wind speed in Delhi during day hours for efficient ventilation of pollutants, but its accumulation is expected during stable and calm night hours," it said.

Meanwhile, Delhi Environment Minister Kailash Gahlot has again urged the neighbouring states to stop stubble burning immediately and expedite distribution of machinery to farmers for in-situ stubble management to ensure that this problem does not recur.

The Supreme Court had on November 6 ordered the Centre to prepare a comprehensive scheme, in consultation with the states, within three months to wean small and marginal farmers away from stubble burning, which has been identified as a major source of air pollution choking the national capital.

Acting on a slew of directions from the top court, implementing agencies in Delhi have taken "major action" at 13 pollution hot spots in the city, including closing 23 polluting industrial units, over the last three days, officials said on Sunday.