At a Vaisakhi reception at Downing Street in London on Wednesday evening, Theresa May repeated the words from her House of Commons statement on Jallianwala Bagh massacre made on April 13. 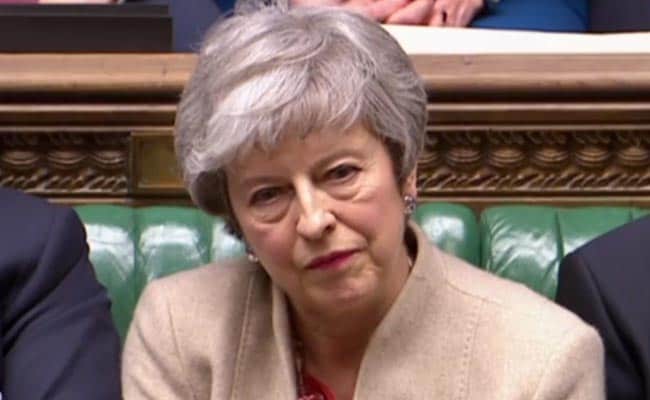 Theresa May attended a Vaisakhi reception at Downing Street in London on Wednesday. (File)

Less than a month after she was criticised for not formally apologising for the 1919 Jallianwala Bagh massacre in Amritsar and saying that it is a "shameful scar" on British Indian history, Britain Prime Minister Theresa May reiterated her "deeply regret" remark on Wednesday.

At a Vaisakhi reception at Downing Street in London on Wednesday evening, Theresa May repeated the words from her House of Commons statement made on April 13.

"We deeply regret what happened and the pain inflicted on so many people," she told a gathering of the Indian diaspora. "No one who has heard the accounts of what happened that day can fail to be deeply moved. No one can truly imagine what the visitors to those gardens went through that day one hundred years ago."

"It was -- as the former prime minister HH Asquith described it at the time -- 'one of the worst outrages in the whole of our history'," the UK prime minister added.

However, it fell short of a formal apology demanded by a cross-section of British parliamentarians and Sikh activists to mark the centenary of the massacre that affected thousands of Indian lives.

On April 13, the 100th anniversary of the massacre, at the start of her weekly Prime Minister's Questions in the House of Commons, Theresa May had reiterated the "regret" already expressed by the British Government.

The tragedy of Jallianwala Bagh of 1919 is a shameful scar on British Indian history. As Her Majesty the Queen (Elizabeth II) said before visiting Jallianwala Bagh in 1997, it is a distressing example of our past history with India," she had said in her statement in April. "We deeply regret what happened and the suffering caused..."

According to the British government records, 379 people, including men, women and children were killed and around 1,200 injured in the firing. But Indian figures put the toll at closer to 1,000.

"I do not understand why the British government has not to this day agreed to say sorry," said Lord Loomba, who has also called for an investigation into whether General Dyer instigated the "huge atrocity" of his own accord or was following orders from higher authorities during the British rule.

During a Westminster Hall debate in the House of Commons to mark National Sikh History Awareness Month recently, many British Indian MPs had repeated calls for a formal apology and expressed the hope that perhaps the Downing Street reception would be the appropriate moment for it.

However, the only reference to the debate made by Theresa May noted: "I am delighted that last week a debate in Westminster Hall focused on the contribution of Sikhs to the UK -- following on from the launch of Sikh History and Awareness month by Seema Malhotra MP in April. There were some great contributions made during that debate -- and it was a timely reminder of the hard work, compassion, and generosity of Sikhs in communities up and down the country and abroad."

At the event, she also said 2019 marks the 550th anniversary of the birth of Guru Nanak, the first Sikh guru, in 1469. "And I am sure we will see many events to celebrate this later in the year."