"Are You Scared Of A Film?": Manish Sisodia To BJP On "Chhapaak"

Manish Sisodia said it is very disgraceful to see people "getting intimidated" by films based on social issues. 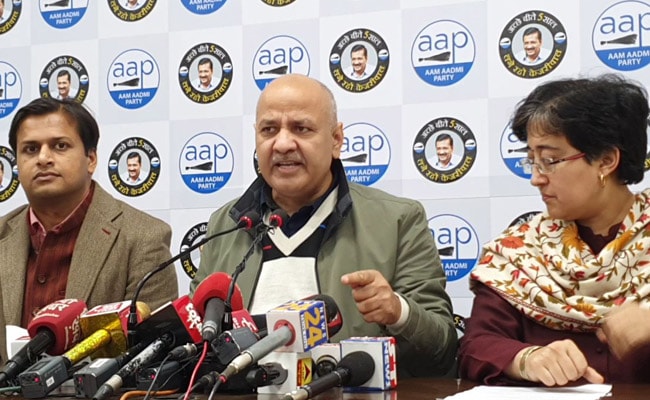 Delhi Deputy Chief Minister Manish Sisodia on Friday hit out at the BJP for being "easily intimidated by" and "fearing" certain films that invoke a sense of social responsibility among people.

In response to a question on a BJP leader's call to boycott the Deepika Padukone-starrer ''Chhapaak'', Mr Sisodia said it is very disgraceful to see people "getting intimidated" by films based on social issues.

"How can they be scared of a movie which is based on an acid attack victim? What kind of a political party is (BJP) if it is easily intimidated by and fears certain films that invoke a sense of social responsibilities among people and other important issues such as education," he said.

"I will try to go for the movie and take my family along with it too," he added.

Ms Padukone on Tuesday made a surprise visit to the Jawaharlal Nehru University to express solidarity with students who were attacked by a masked mob on the campus on January 5. She did not address the public meeting but stood silently behind student leaders.

Earlier this week, Ms Padukone was in Delhi to promote her latest release "Chhapaak", based on the life of acid attack survivor Laxmi Agarwal.