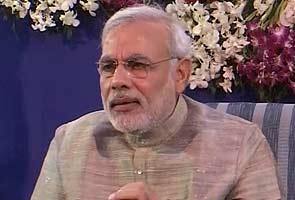 Both were quick to take the micro-blogging Twitter route to condemn the violation of ceasefire last night by Pakistan in the Poonch district of Jammu and Kashmir.

Soon after the news of the killing broke today, Mr Modi tweeted: "Dastardly ambush by Pakistan last night in the Chakan da Bagh area of Poonch leading to death of 5 Indian Soldiers is unacceptable."

He also expressed heartfelt condolences to the families of the brave soldiers who laid down their lives in Poonch.

Mr Modi said in another tweet: "From China's intrusions to Pakistan's ambushes, UPA government has been absolutely lax in securing Indian borders. When will Centre wake up?"

Promoted
Listen to the latest songs, only on JioSaavn.com
Omar Abdullah too tweeted: "Was briefed early this morning about news that 5 of our soldiers had been killed on the Line Of Control (LoC). My heartfelt condolences to their next of kin. These incidents don't help efforts to normalise or even improve relations with Pak and call into question the Pak govt's recent overtures."

Five Indian Army soldiers were killed by Pakistani troops who crossed the Line of Control (LoC) in Jammu and Kashmir's Poonch district. Pakistan has been violating the bilateral ceasefire between India and Pakistan that came into force in 2003.