Railway police spotted her wandering on the streets and handed her to the Child Welfare Committee, who admitted Anjali Tigga to a shelter home at Tezpur in Assam. 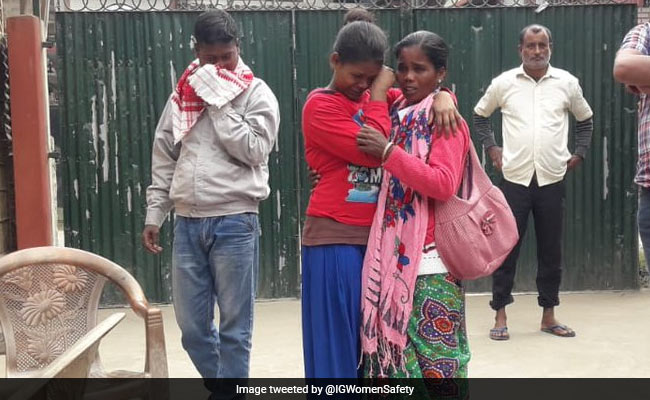 Anjali Tigga of Boginodi in Assam's Lakhimpur had gone missing

A facial recognition tool developed by the Telangana police helped in re-uniting a missing Assam girl with her family, officials said Monday.

Anjali Tigga of Boginodi in Assam's Lakhimpur went to Delhi in search of livelihood. However, in September last year she went back to Assam without informing her parents and started working near Sonitpur there.

Railway police spotted her wandering on the streets and handed her to the Child Welfare Committee, who admitted Anjali to a shelter home at Tezpur.

Her parents had filed a missing complaint with the police in August last year.

Darpan, the face recognition software, maintains a database of children and persons lodged at various rescue homes across the country. It tries to match photos of those missing with those lodged at the homes.

With the help of Darpan, launched in August this year, Anjali was traced to a Children's Home in Sonipur of Assam's Tezpur district, Telangana IGP (Law and Order), Woman Safety Wing, Swati Lakra said.

Police subsequently approached her parents and informed them of Anjali's whereabouts and reunited the girl with her family on Sunday, Ms Lakra said in a release.

Ms Lakra said several other photographs have also been matched and the verification process was underway to identify these children and reunite them with their families.