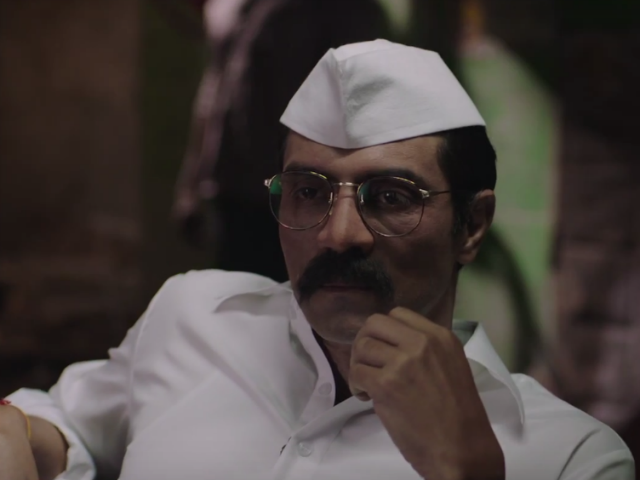 Daddy: Arjun Rampal in still from the trailer

New Delhi: The trailer of Arjun Rampal's upcoming movie Daddy was unveiled by the makers of the film on Tuesday. The two-and-a-half minute trailer, which recreates the 1970s Mumbai, is sure to leave you enthralled as it gives a sneak peek into the journey of gangster-turned-politician Arun Gawli, to be played by Arjun Rampal. In the trailer, Arjun Rampal is seen in the signature Maharashtrian attire with perfect Marathi accent. Daddy has been directed by Ashim Ahluwalia and produced by Arjun Rampal and Rutvij Patel. The film, which also stars also stars Farhan Akhtar and Aishwarya Rajesh in pivotal roles, will be Arjun Rampal's first biopic.


On Monday, Arjun Rampal had unveiled the first poster of Daddy. "Ambition.Power.Mystery! Experience a sneak peek into the life of Daddy," wrote the Aankhen actor.

Daddy is scheduled to release in theatres on July 21.

Arjun Rampal made his acting debut with Pyaar Ishq Aur Mohabbat (2001). He got his breakthrough in Bollywood with Don (2006), starring Shah Rukh Khan and Priyanka Chopra.