Daati Maharaj was questioned on Friday by the police for over seven hours in connection with the rape case. 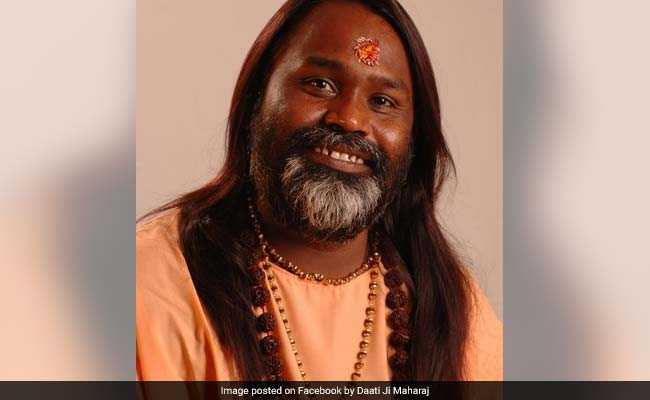 New Delhi: Self-styled godman Daati Maharaj, accused of raping a disciple in his ashrams in New Delhi and Rajasthan, has accused three persons of conspiring against him, following which the trio have been summoned by police, an official said.

Daati Maharaj was questioned on Friday by the police for over seven hours in connection with the case.

The godman claimed that three persons, who were earlier associated with the ashram, had "framed him" in the case.

Earlier this week, Daati Maharaj's brother, a co-accused in the case, was also questioned.

The self-styled godman was questioned by the police for over seven hours on Tuesday. His younger brother was also named by the survivor in her complaint to the police.

Last Saturday, a Delhi Police team, accompanied by the rape survivor, had visited the self-godman's ashram in Pali, Rajasthan, to gather evidence, but they failed to find him at the ashram.

The woman had filed the complaint against Daati Maharaj, his three brothers and a woman at the Fatehpur Beri police station in south Delhi earlier this month. The case was later transferred to the Crime Branch.

The survivor alleged that she was sexually abused at Daati Maharaj's ashrams in Delhi and Rajasthan.

Promoted
Listen to the latest songs, only on JioSaavn.com
The woman told the police that she had been a disciple of Daati Maharaj for a decade but after she was raped by him, she returned to her home in Rajasthan.

The Delhi Police had earlier issued a lookout notice against him to ensure that he does not leave the country.