Cyclone Yaas news: The Eastern Railways has cancelled few trains ahead of Cyclone Yaas. Here are all the details 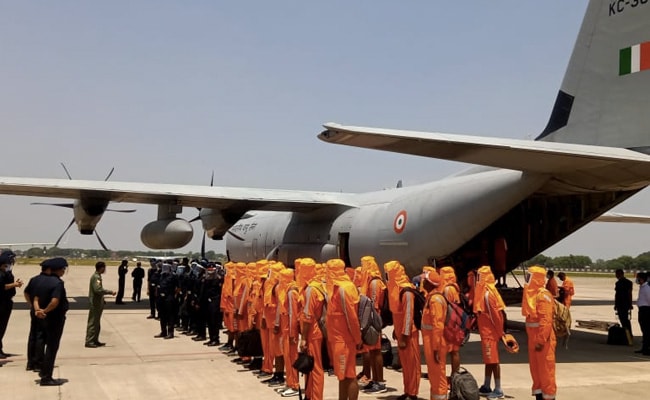 Cyclone Yaas: The Eastern Railway has cancelled around 25 trains, as a precautionary measure, due to Cyclone Yaas. These trains were scheduled to run between May 24 and May 29. Cyclone Yaas is expected to hit the Odisha and West Bengal coast around noon on May 26. The Eastern Railways, in a tweet, posted the names of all the trains cancelled.  The trains cancelled include Guwahati-Bangalore Cant, Muzaffarpur-Yesvantpur, Ernakulam-Patna, New Tinsukia-Tambaram, Bhagalpur-Yesvantpur, Puri-Jaynagar, Patna Jn-Puri, Silchar-Trivandrum Central among others.

Cyclone Yaas is very likely to move north-westwards and intensify into a Severe Cyclonic Storm during next 12 hours and into a Very Severe Cyclonic Storm in the subsequent 24 hours, according to the India Meteorological Department. Heavy rainfall is likely to start in parts of Odisha on 25th May and in West Bengal and Sikkim on May 26 and 27.

"Cyclone Yaas will cross West Bengal and north Odisha coasts on the evening of May 26," Dr Mohapatra, senior official of IMD told news agency ANI. The IMD has predicted wind speed of around 155-165 km per hour, with gusting to 185 km per hour. "This is a very large-scale and damaging wind speed. It is almost similar to the wind speed of Cyclone Tauktae. Even Cyclone Amphan, which made landfall last year, had a similar wind speed," Dr Mohapatra added.