Tauktae: Why Are Tropical Cyclones Increasing In Arabian Sea 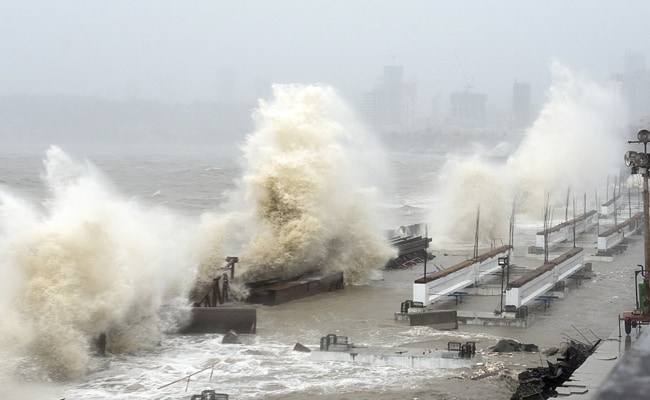 A powerful cyclonic system, Tauktae, is expected to make landfall in Gujarat late Monday after barrelling up the Arabian Sea in the Indian Ocean.

It is the equivalent of a Category 3 hurricane in the Atlantic and East Pacific Ocean basins and reports say it could be the biggest to hit western India in three decades.

Here are several facts on why stronger cyclones are developing in the region.

What is a tropical cyclone?

Cyclones are low-pressure systems that form over warm tropical waters, with gale-force winds near the centre. The winds can extend hundreds of kilometres (miles) from the eye of the storm.

Sucking up vast quantities of water, they often produce torrential rains and flooding resulting in major loss of life and property damage.

They are also known as hurricanes or typhoons, depending on where they originate in the world, when they reach sustained winds of at least 119 kilometres per hour (74 miles per hour).

Tropical cyclones (hurricanes) are the most powerful weather events on Earth, according to NASA.

Why is climate change fuelling them?

Oceans soak up more than 90 percent of the heat generated by greenhouse gases, leading to rising water temperatures.

Why are there more in the Arabian Sea?

Scientists say historically, the Arabian Sea averaged two or three cyclones, that were typically weak, in a year.

But rising water temperatures because of global warming is changing that, they said.

This is the first time since the start of satellite records in 1980 in India that there have been four consecutive years of pre-monsoon cyclones in the Arabian Sea.

"One of the reasons that we are seeing more and more storms and cyclones in the tropical regions, especially regions like Arabian Sea and all, is because of ocean warming, rapid ocean warming," Koll said.

"The Arabian Sea is one of the fastest warming basins across the global oceans."

Cyclones have been relatively rare in Gujarat, but they can be destructive and dangerous. The worst was in 1998 when more than 4,000 people died.

What else is making them more deadly?

Cyclones can unleash catastrophic storm surges -- tsunami-like flooding -- when they make landfall. They can be the deadliest part of a cyclone and are only partially affected by wind speeds.

The term "storm surge" refers to rising seas whipped up by a storm, creating a wall of water several metres higher than the normal tide level.

The large swells move faster than the cyclone and are sometimes spotted up to 1,000 kilometres ahead of a major storm.

The surge can extend for dozens of kilometres inland, overwhelming homes and making roads impassable.

A storm surge is shaped by a number of different factors, including storm intensity, forward speed, the size of a storm and the angle of approach to the coast.

The underlying features of the land at the coast, including bays and estuaries, are also at play.

In previous storms, people failed to flee because they did not grasp the surge's deadly threat.

That was the case for 2013's Super Typhoon Haiyan, which left 7,350 dead or missing in the central Philippines, primarily due to the surge.

A storm surge of up to four metres (13 feet) is likely to inundate some coastal districts of Gujarat during Tauktae's landfall, according to the Indian Meteorological Department.