At 5:30 am, Cyclone Fani was found laying centred at 1,050 km southeast of Chennai and 1,230 km south-southeast of Machilipatnam, Andhra Pradesh. 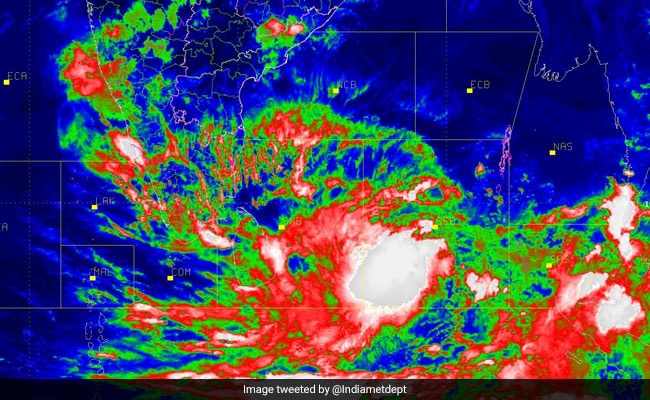 Cyclone Fani was 1,050 km southeast of Chennai and 1,230 km away from Machilipatnam in Andhra Pradesh, the Met office had tweeted early this morning.

According to an update shared by the India Meteorological department (IMD), Cyclone Fani is moving northwestwards at a speed of 16 km per hour and is likely to recurve northeastwards after April 30

Fishermen who are still venturing into the sea have been advised to return to the coast by today.

The storm has been named ''Fani,'' as suggested by Bangladesh.

The wind speed is likely to decrease gradually by May 3.

Besides squally winds that were very likely to become gale gusting up to a maximum of 145 kmph in the next two days in the Equatorial Indian Ocean and adjoining southwest Bay of Bengal, the sea condition was also rough to very rough in these areas, it said.