The nine-member team is being led by Additional Secretary in the Ministry of Home Affairs Vivek Bharadwaj. 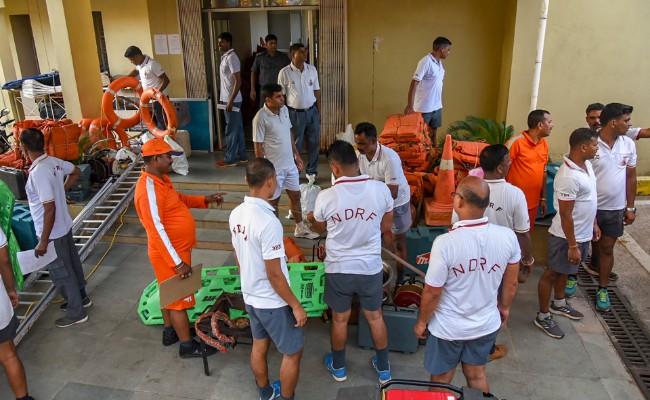 An inter-ministerial Central team is in Odisha to assess the damage caused by Cyclone Fani that hit the state's coastal districts on May 3 leaving 64 dead, an official said.

The nine-member team is being led by Additional Secretary in the Ministry of Home Affairs Vivek Bharadwaj.

Before beginning an on-the-spot assessment of the damage by visiting the affected areas on Monday, team members will be briefed by Special Relief Commissioner BP Sethi, he said.

The team, which is to be split into two groups, will visit Puri and Khurda districts on Monday and Tuesday. The two districts are among the places worst-hit by the cyclone.

The team will also visit some of the affected areas in the Bhubaneswar Municipal Corporation area on Wednesday before holding a meeting with senior state government officials, including Chief Secretary AP Padhi.

After completing the visit, the team will submit its report to the Centre, he said.

Cyclone Fani, which made landfall in Puri with a wind speed of up to 240 kmph on May 3, has also left at least 241 people injured.

Mr Patnaik also directed that the house damage assessment be completed within one week from May 15.

Efforts are on to restore electricity, water supply, and telecom facilities even as a large number of areas remained in the dark for the eleventh day since May 3.

The cyclone has also caused extensive damage to trees and crops in the state. About 14 lakh trees, including thousands of coconut and mango trees, were uprooted by the ''extremely severe cyclonic storm''.

According to the state government's preliminary assessment, over 30 per cent crop has been damaged and more than 1,00,000 hectares of agricultural land badly affected in 14 districts of the state.