The Governor faced protests from some delegates, students during his opening address at the Indian Science Congress at Kannur on Saturday 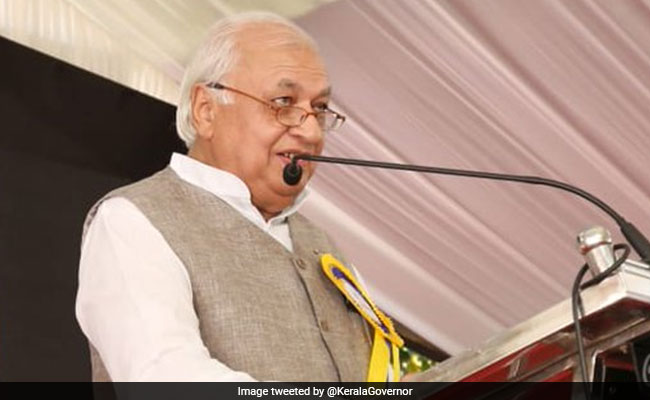 CPM state secretary said Governor, instead of sticking to his speech, made a "political speech".

"Every citizen has the right to engage in political activities. If the Governor is unable to understand the limitations of the present position being held by him, he should be prepared to resign and devote all his time for political activities," CPM state secretary Kodiyeri Balakrishnan said in a statement.

The Governor had faced protests from some delegates and students during his opening address at the Indian Science Congress at Kannur on Saturday when he touched upon the protests over the Citizenship Amendment Act.

The matter had referred to by earlier speakers -- KK Rajesh, CPM Rajya Sabha MP and historian Irfan Habib. He had later clarified to reporters that he had come with a prepared text and would not have spoken about the CAA protests, had not those who spoke earlier dwelt on it.

Kodiyeri, referring to the protests, said that the Governor, instead of sticking to his prepared speech, had made a "political speech".