Health Minister K Sudhakar hinted at prohibiting all events in the state, not just in popular locations, between December 20 and January 2. 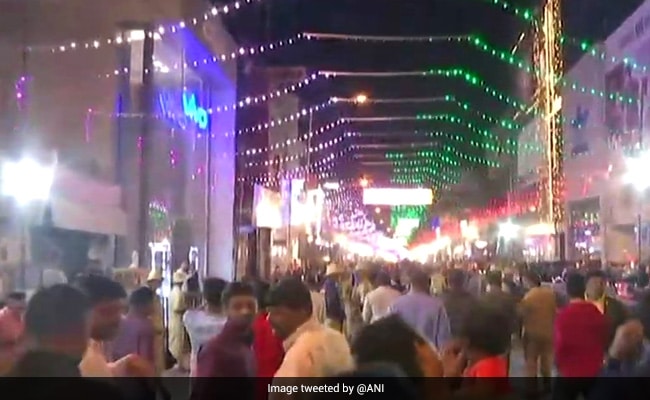 Celebrations could be banned in entire Karnataka and not just popular locations.

The Karnataka government on Friday hinted at banning public celebration of New Year, fearing a second wave of COVID-19, although it ruled out imposing night curfew.

The state's Technical Advisory Committee (TAC) for COVID-19 has indicated the possibility of a second wave of the pandemic by January-February, recommending a ban on public New Year celebrations till January 1 and imposition of night curfew during the period.

Responding to reporters' queries, Chief Minister B S Yediyurappa had ruled out a night curfew saying "...there is no such plan for now."

Yet, Health Minister K Sudhakar today reiterated the TAC's suggestion prohibiting all kinds of events in the entire state, and not just popular locations, between December 20 and January 2. He said a decision on this will be taken soon.

He was responding to queries if new year celebrations, especially at popular places in Bengaluru such as Brigade Road or MG Road would be prohibited.

Mr Sudhakar, along with other officials, today held a meeting with TAC members on their advisory to control the second wave.

"When the government appointed TAC has given advice we will have to take it seriously. We will discuss with the Chief Minister and announce our final decision," he said.

A decision is yet to be taken on the opening of pubs and bars during these days, he said.

The TAC, comprising expert doctors and specialists, was constituted in March and has made a slew of recommendations to ride out the crisis.

Will Contest Many More Seats Than 11 In UP, Says BJP Ally Anupriya Patel