Satish Chandra Verma was dismissed from service on August 30, a month ahead of his scheduled retirement on September 30 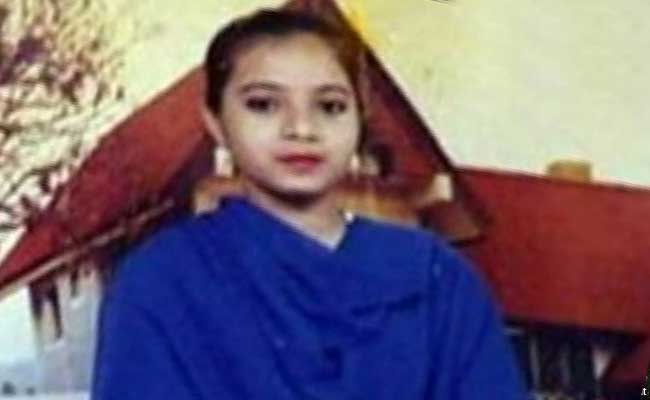 The Delhi High Court Monday refused to stay the Centre's order dismissing Satish Chandra Verma, a senior IPS officer who had assisted the CBI in its probe in the Ishrat Jahan fake encounter case, a month before his scheduled retirement.

The court, however, asked the Centre to file within eight weeks its reply to Mr Verma's plea challenging his dismissal.

Mr Verma was dismissed from service on August 30, a month ahead of his scheduled retirement on September 30, after a departmental inquiry found him guilty of various charges including "interacting with public media".

The Supreme Court had on September 19 stayed the Centre's dismissal order for a week and said it is for the high court to consider the question as to whether the stay or vacation of dismissal order is to continue.

In the high court, a bench of Justices Sanjeev Sachdeva and Tushar Rao Gedela said, "We have perused the contents of the transcript of the interview that has been placed on record as also the enquiry report.

Mr Verma had probed the high-profile Ishrat Jahan case of 2004 between April 2010 and October 2011. Ishrat, a resident of Mumbra near Mumbai, and three others, were allegedly killed in a staged encounter on the outskirts of Ahmedabad on June 15, 2004.

They were dubbed as LeT terrorists who were accused of having plotted to kill the then Gujarat Chief Minister Narendra Modi.

Based on Mr Verma's investigation report, a Special Investigation Team had concluded that the encounter was "fake".

The Gujarat High Court had later directed the Central Bureau of Investigation (CBI) to probe the case and avail Mr Verma's services.

As per the high court's order, the allegations against Mr Verma are that he interacted with public media on March 2 and 3, 2016 and, in an interview with a news channel at the official premises of North Eastern Electric Power Corporation at Guwahati, without any authorisation or permission from the competent authority, spoke unauthorisedly on the matters which were not within the sphere of his duties.

He was accused of having made statements in media in connection with the encounter which led to the criticism of the central and the Gujarat governments and were capable of adversely affecting India's relations with Pakistan.

It was alleged that Mr Verma did not make it clear the views expressed by him were his own and not those of the government.

An enquiry was conducted and it was concluded that the articles of charge have been proved.

Mr Verma's counsel said he does not dispute that an interview was given to a reporter of a news channel but claimed it was given under compelling circumstances.

It clarified that in case the petitioner is successful in the writ petition, he shall be entitled to all consequential benefits of his superannuation in accordance with rules, the bench said and listed the matter for further hearing on January 24, 2023.

Initially, Mr Verma had challenged the departmental enquiry but later he urged the high court to amend his petition to the effect that he wanted to challenge his dismissal order.

The court allowed the officer to amend the petition.

If the dismissal comes into effect, Mr Verma will not be entitled to pension and other retirement benefits.

The senior police officer was last posted as inspector general with the Central Reserve Police Force (CRPF) in Tamil Nadu.

Mr Verma had moved the top court after the high court allowed the home ministry to take action against him in the wake of the departmental enquiry that found the charges against him, including that of "interacting with public media" when he was the chief vigilance officer of the North Eastern Electric Power Corporation, Shillong, to be true.

While passing an order, the high court had on August 30 said the disciplinary proceedings against Mr Verma shall not be implemented without the court's permission if it is prejudicial to him.

Following this order, the Centre again moved the high court seeking its permission to impose disciplinary action to dismiss Mr Verma from service.

Permitting the Centre to implement the order, the high court had said, "It is directed that the order shall not be implemented till September 19, 2022, to enable the petitioner to avail of his remedies in accordance with law against the order of dismissal." Subsequently, Mr Verma approached the Supreme Court.