In his order issued on Saturday, special judge A T Wankhede cleared Chhota Rajan of all the charges due to lack of sufficient material to proceed against him in the case. 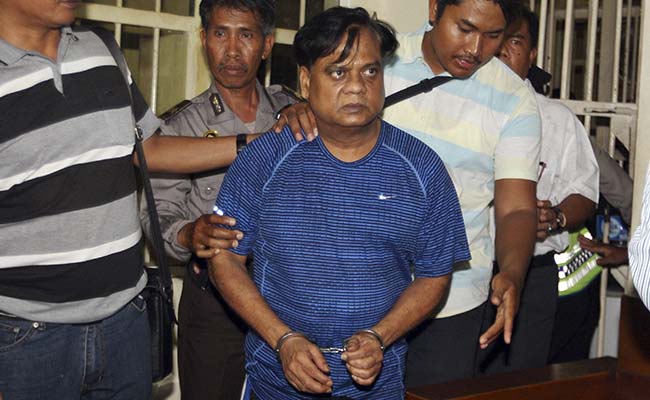 A special CBI court in Mumbai has accepted the closure report filed by the probe agency against jailed gangster Chhota Rajan in a case of attempt to murder a noted journalist in 1997.

In his order issued on Saturday, special judge A T Wankhede cleared Chhota Rajan of all the charges due to lack of sufficient material to proceed against him in the case.

On June 12, 1997, Mumbai-based crime reporter Baljeet Shersingh Parmar was severely injured after some motorcycle-borne shooters of Chhota Rajan allegedly attacked him outside a building in the Antop Hill area.

Initially, the city police registered a case under charges for attempt to murder. Later, the Central Bureau of Investigation (CBI) took over the case.

The CBI recently filed its closure report on the ground that during the further probe into the case, no additional evidence emerged against the accused.

The judge in his order said, "On perusal of the available material, there is the only reference in the FIR against him (Chhota Rajan) that previously one Dalbeer Singh received threats from Chhota Rajan. Except this, there is no material to connect the accused in this crime."

The court further noted that CBI's investigating officer did not find any link to connect the accused (Chhota Rajan) with guilt and was unable to collect vital evidence pertaining to the case.

The court said it made an attempt to call the informant - Baljeet Shersingh Parmar, but he was not traceable on the given address.

Accordingly, the CBI submitted the unserved report, the court said.

"Even otherwise, there is no sufficient material to proceed against the accused," the court noted while accepting the closure report.

Chhota Rajan, facing multiple criminal cases, is currently lodged at the Tihar Jail in New Delhi after his deportation from Indonesia in October 2015.

He is an accused in around 70 cases in Maharashtra, including the case of the murder of journalist J Dey in 2011.