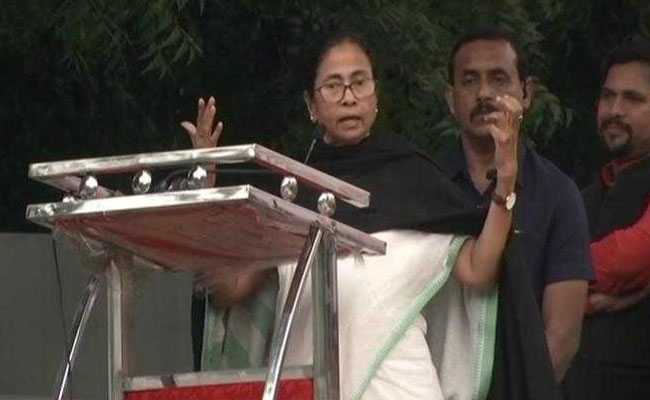 The march was held from Hazra crossing in south Kolkata to Mahatma Gandhi's statue in the Mayo Road area.

In one of the deadliest terror attacks in Jammu and Kashmir, at least 40 Central Reserve Police Force (CRPF) personnel were killed and many injured on Thursday when a Jaish-e-Mohammed suicide bomber rammed a vehicle carrying over 100 kg of explosives into their bus in Pulwama district.

The Trinamool Congress (TMC) chief condemned the attack and said terrorists "have no religion or caste".

"The country stands united. We are one and we unitedly stand by our brave jawans. Terrorists are terrorists. They have no religion, no caste," Ms Banerjee said after the march in which she and various other TMC leaders were seen carrying candles.

People walked silently along with TMC activists who carried national flags and posters with the names of all the 40 CRPF personnel killed in the attack.

After the procession reached Mahatma Gandhi's statue, Ms Banerjee paid homage to the bravehearts. A minute's silence was also observed.

The march was also organised to demand justice for chit fund scam victims.

As the CPI(M) procession coincided with Ms Banerjee's march, police stopped it at Park Street and allowed it to proceed only after the chief minister''s rally was over.