Manpreet Badal made the assertion, seeking to debunk sought Union Minister Harsimrat Kaur Badal's claims of funds given by the Centre to Punjab. 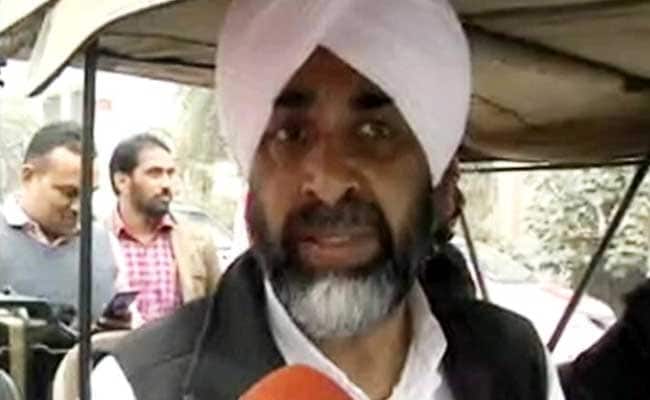 Punjab Finance Minister Manpreet Singh Badal on Thursday asserted that except a meagre sum of Rs 71 crore, the BJP-led government has not given the state a single penny to fight COVID-19 pandemic.

Mr Badal made the assertion, seeking to debunk sought Union Minister Harsimrat Kaur Badal's claims of funds given by the centre to Punjab.

Mr Badal, an estranged cousin of Shiromani Akali Dal Chief Sukhbir Singh Badal, asked Harsimrat Kaur not to "play petty politics" over the COVID-19 crisis and dared her to get Punjab's GST arrears worth Rs 4,400 crore released from the centre.

Mr Badal attacked Ms Kaur after she earlier claimed that the government of India had given funds and foodgrain to the Punjab government to combat COVID-19, and asked Chief Minister Amarinder Singh why no relief was being given to the needy people.

"A sum of Rs 71 crore has been given to Punjab under the National Health Mission to fight coronavirus. It comes even less than Rs three crore per district. Besides that, we have not got a single penny from the government of India in the fight against COVID-19," Mr Badal said in a video message posted on his Facebook.

"If they are trying to show doing favour with a sum of Rs 71 crore, it is petty politics and narrow mindset," said Mr Badal, targeting the Union minister.

He said a sum of Rs 832 crore given by the centre, as had been claimed by Harsimrat Kaur, was Punjab's right.

Night Curfew To Continue Beyond May 31 In Rajasthan: Chief Minister