India Not In Favour Of Sitting And Crying Over COVID-19 Crisis: PM Modi

"India will turn this COVID-19 crisis into an opportunity. It has taught India to be self-reliant...to reduce its dependence on imports," Prime Minister Narendra Modi said. 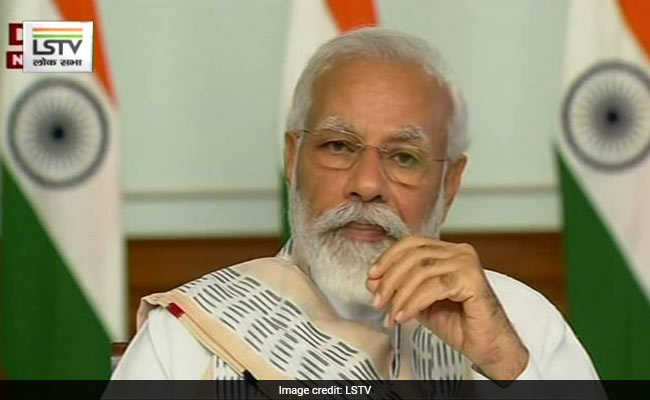 Prime Minister Narendra Modi on Thursday said India is not in favour of sitting and crying over the COVID-19 crisis and will instead turn it into an opportunity to become self-reliant.

Speaking at the launch of commercial coal mining, he said India will fight the coronavirus and also win against it.

"India is not in favour of considering this as a big calamity and sit and cry over it. Howsoever big calamity it might be, India is committed to turning it into an opportunity," he said. "India will fight coronavirus and also win against it."

The pandemic has presented India an opportunity to become self-reliant, he said.

Self-reliance means cutting down on imports and using the foreign exchange saved for the welfare of the poor, he noted, adding it also means exploiting domestic resources and "Make in India" replacing imports.

PM Modi had earlier this week in a meeting with chief ministers nudged for focussing on the next phase of unlocking the country and speeding up economic activities.

Speaking at the launch event on Thursday, PM Modi said the maiden auction of coal blocks for commercial mining is a major step towards making the country self-reliant in the energy sector.

India has the world's fourth largest coal reserves, yet it is also the second biggest importer of the dry fuel. Involving the private sector in commercial mining of coal by doing away with the distinction of mining only for captive use, such as in power plants or an industry, would help do that.

"India will turn this COVID-19 crisis into an opportunity. It has taught India to be self-reliant...to reduce its dependence on imports," he said.

The auction is expected to garner Rs 33,000 crore of capital investment in the country over next five to seven years.

PM Modi further said the government has set an aim of gasification of 100 million tonnes of coal by 2030 with an investment of Rs 20,000 crore.