Speaking at the ''Khel Samman'' programme, Mamata Banerjee said there is no need to panic, but safeguards must be taken in wake of the global outbreak. 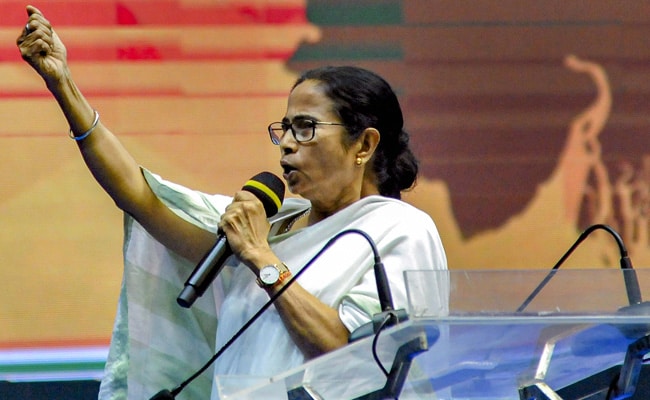 Mamata Banerjee was speaking at the ''Khel Samman'' programme in Kolkata. (File)

West Bengal Chief Minister Mamata Banerjee on Friday urged people to avoid crowded places as a precaution to the coronavirus outbreak and listed out several measures to combat the threat of the pandemic.

Speaking at the ''Khel Samman'' programme, Mamata Banerjee said there is no need to panic, but safeguards must be taken in wake of the global outbreak.

"Please don't start thinking that you are affected by coronavirus if you start coughing. That is a common symptom of any flu. But take precautions and if there is a high temperature for a prolonged period get yourself treated by a doctor," the chief minister said.

In case of suspicion, after consultation with a physician, one should get himself examined at the Beliaghata Infectious Disease Hospital, she told the gathering.

"So far, I know no medicine has been discovered to cure COVID-19 but experts are suggesting a 14-day rest period at home in case of high temperature, not shaking hands with anyone, and keeping five-metre distance from a person during a conversation," Mamata Banerjee said.

"I am no expert, but some people are saying if the mercury rises, it (coronavirus) can be controlled to a great extent. Let's see," she added.

The chief minister said that the programme, held at the Netaji Indoor Stadium in Kolkata, could not be cancelled as it was planned much before the outbreak. The stadium, which has a capacity of around 12,000 people, was filled to the brim.

"But we are curtailing today's programme," she said.

"Sports and games cannot be stopped from happening. But we have to organise them in a smaller form, with precaution, keeping everyone's safety in mind,"she added.

Mamata Banerjee thanked members of clubs present at the function and said that the Rs 3 lakh monetary grant for buying sports equipment will reach them soon.

She called upon the clubs to ensure peace and amity in their neighbourhoods, and resist any "false propaganda, misinformation and conspiracy".

At the programme, she also announced renaming the Dumorjola Stadium in Howrah after legendary footballer Sailen Manna.