The medical staff, who are under "active quarantine" (they can't go home due to fear of the virus spreading) also wrote to the chief medical officer of the district

Coronavirus Uttar Pradesh: Over 1,440 COVID-19 cases and 21 deaths have been reported from the state

Doctors and paramedical workers treating COVID-19 patients in Uttar Pradesh's Rae Bareli district were relocated by the Uttar Pradesh government on Wednesday night hours after they released videos highlighting filthy living conditions at a quarantine centre set up in a government-run school.

The staff, who are under "active quarantine" (they can't go home due to fear of the virus spreading) also wrote to the chief medical officer of the district, which has reported 43 active COVID-19 cases so far

In response, the chief medical officer, Dr SK Sharma, after visiting the school to check on the allegations, ordered that the doctors be shifted to a guest house.

"I inspected the place myself and I did not find the facilities up to the mark. With the help of the administration we have shifted them to a nearby guest house and we will ensure they have no issues with living condition or food and they can be fully satisfied and work," Dr Sharma said, adding, "We are also arranging for a live kitchen there so the doctors can get hot cooked food".

The doctors had released two videos - one filmed at 3 am on Wednesday morning and the other during lunch on the same day - to show their living conditions.

"It is 3 am. There is no electricity; there are four cots to a single room. This is five-star class (but) not even a fan is working. Let me show you the common bathrooms here. The urinals have no pipes and the latrines are choked," a man can be heard in the first video.

The second video highlighted the manner in which food is served.

"Look at this food being served for lunch. It is packed in polythene and everything is just bunched together - poori and sabzi. This is for doctors and staff engaged in treating COVID-19 patients," a man can be heard in the video. 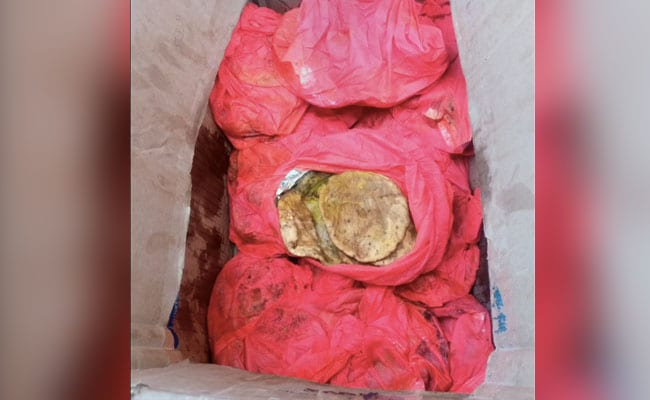 In a third video, shot Wednesday morning, a doctor dressed in protective equipment explains why healthcare workers are furious.

"Sleeping arrangements are such that there is a school with big classrooms; each room has four beds. This is against the rules of active quarantine. When we complained about choked bathrooms, they brought a mobile toilet. There was no electricity at night. A 20-litre water bottle was given to us last night and we were told this had to be shared," the doctor said. 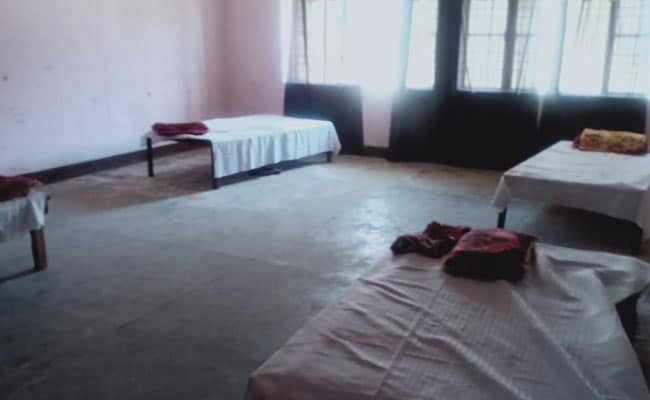 In their videos, the doctors questioned if it was safe to have four of them sleeping in the same room

Concerns over the safety and well-being of healthcare workers on the frontline of the war on the novel coronavirus have been repeatedly expressed by leaders across party lines.

The government passed an executive order on Wednesday, hours after Home Minister Amit Shah declared "safety and dignity of doctors is non-negotiable", making attacks on doctors a non-bailable offence punishable with prison time of up to seven years and a hefty fine.

One of the Rae Bareli doctors remarked: "We just want to know if these are the standards for healthcare workers treating COVID-19 patients. If one of us gets infected won't all of us get infected?"