Lockdown Impact: At least 49 million people across the world are expected to plunge into "extreme poverty" as a direct result of the pandemic's economic destruction and India leads that projection, with some 12 million of its citizens expected to be pushed to the very margins this year. 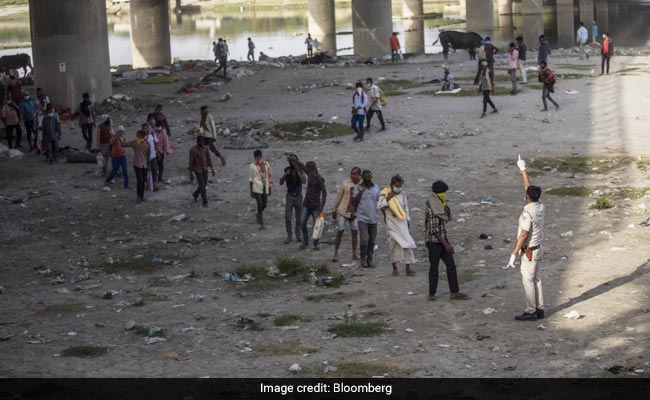 COVID-19 Lockdown impact: People on the banks of Yamuna River being shifted to a shelter during lockdown.

Abdul Kareem was forced out of school and into a life of odd jobs like repairing bicycles before he finally managed to pull his family out of abject poverty transporting goods across Delhi in a mini truck.

The job, and the slim financial security that came with it, was the first stepping stone to a better life.

All that is now gone as India reels under the economic impact of its protracted coronavirus lockdown. Mr Kareem's out of a job and stranded in his village in Uttar Pradesh with his wife and two children. Their minuscule savings from his Rs 9,000 a month job have been exhausted, and the money he saved for books and school uniforms is spent.

"I don't know what the job situation will be in Delhi once we go back," Mr Kareem said. "We can't stay hungry so I will do whatever I find."

At least 49 million people across the world are expected to plunge into "extreme poverty" -- those living on less than $1.90 per day -- as a direct result of the pandemic's economic destruction and India leads that projection, with the World Bank estimating some 12 million of its citizens will be pushed to the very margins this year.

Some 122 million Indians were forced out of jobs last month alone, according to estimates from the Center for Monitoring Indian Economy, a private sector think tank. Daily wage workers and those employed by small businesses have taken the worst hit. These include hawkers, roadside vendors, workers employed in the construction industry and many who eke out a living by pushing handcarts and rickshaws.

For Prime Minister Narendra Modi, who came to power in 2014 promising to lift the poorest citizens out of poverty, the fallout from the lockdown brings with it significant political risk. He won an even larger second term majority last year on the strength of his government's popular social programs that directly targeted the poor, such as the provision of cooking gas cylinders, power and public housing. The breadth and depth of this renewed economic pain will only increase the pressure on his government as it works to steer the country's economy back on track.

"Much of the Indian government's efforts to mitigate poverty over the years could be negated in a matter of just a few months," said Ashwajit Singh, managing director of IPE Global, a development sector consultancy that advises several multinational aid agencies. Noting that he did not expect unemployment rates to improve this year, Singh said: "More people could die from hunger than the virus."

Mr Singh points to a United Nations University study estimating 104 million Indians could fall below the World Bank-determined poverty line of $3.2 a day for lower-middle-income countries. This will take the proportion of people living in poverty from 60% -- or 812 million currently, to 68% or 920 million -- a situation last seen in the country more than a decade ago, he said.

A World Bank report found the country had been making significant progress and was close to losing its status as the country with the most poor citizens. The impact of PM Modi's lockdown risks reversing those gains.

The World Bank and the CMIE estimates were published in late April and early May respectively. Since then the situation has only become grimmer, with harrowing images of people making desperate attempts to reach their villages, on crowded buses, the flatbeds of trucks and even on foot or on bicycles dominating media coverage.

The Rustandy Center for Social Sector Innovation at the University of Chicago Booth School of Business analyzed the unemployment data from the CMIE, collected through surveys covering about 5,800 homes across 27 states in April. 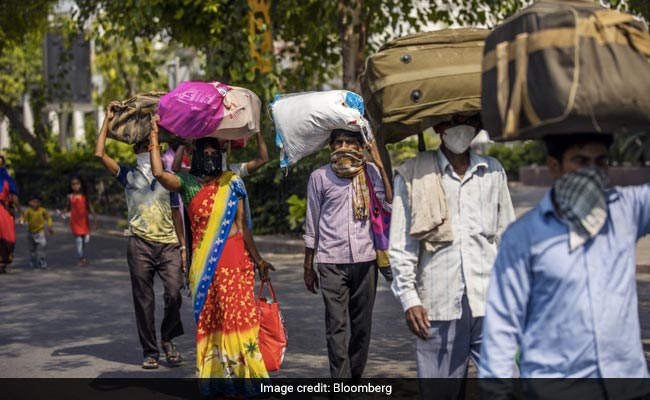 Daily wage workers and those employed by small businesses have taken the worst hit.

Researchers found rural areas were the hardest hit, and the economic misery was the result of the lockdown, rather than the spread of infections in the hinterland. More than 80% of households had experienced a drop income and many won't survive much longer without aid, they wrote in a report.

The government has promised cheap credit to farmers, direct transfer of money to the poor and eased access to food security programs -- but these help people who have some documentation, which many of the poorest don't. With millions of impoverished people now in transit across the country, the food security situation is dire -- news reports are emerging of people foraging through piles of rotting fruit or eating leaves.

The economy was already growing at its slowest pace in over a decade when the virus struck. The lockdown, which came into effect on March 25, has hammered it, stalling business activity and putting a lid on consumption, pushing the economy to what may be its first full-year contraction in more than four decades.

It's dire enough to warrant the country exiting its lockdown, as it has been doing incrementally since May 4, even as its infections are surging. India is now Asia's virus hotspot with infections crossing 151,000 according to data from Johns Hopkins University.

PM Modi, who has come under criticism for the pain inflicted on the poor, has said his government will spend $265 billion or about 10% of its GDP to help Asia's third-largest economy weather the pandemic's fallout. But experts say only a part of it is direct fiscal stimulus, and probably smaller than the total damage done to the economy during the lockdown period.

"What is especially worrying is the government's response," said Reetika Khera, an economics professor at the Indian Institute of Technology in Delhi. "The epidemic will magnify existing -- and already high -- inequalities in India."

Still, the economic measures aren't going to kick in for some time and industry will likely struggle to restart because of the flight of labour from industrial hubs.

And as the harsh summer unfolds more pain lies in store in the villages now dealing with returning migrant workers.

"There are no factories or industries here, there are just hills," said Surendra Hadia Damor, who had walked nearly 100 km from Ahmedabad, Gujarat, before a voluntary organisation drove him to his village in the neighboring state of Rajasthan. "We can survive for a month or two and then try and find a job nearby -- we will see what happens."