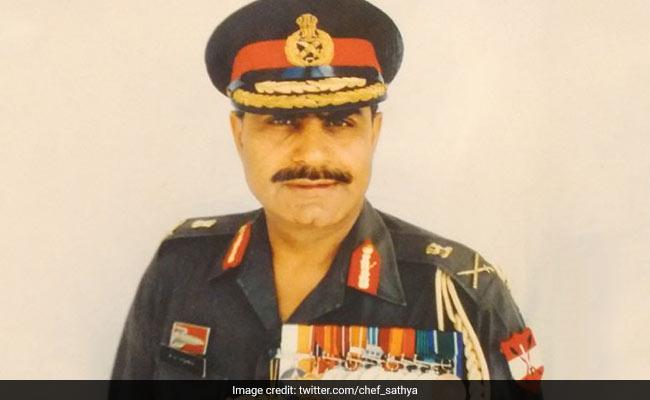 Lieutenant General (retd) Raj Mohan Vohra, who was a 1971 war hero and a Maha Vir Chakra awardee, has died due to COVID-19, senior officials said on Tuesday. He was 88.

The decorated officer breathed his last on June 14, they said. "He was admitted initially to a private hospital for stent procedure. He died on June 14 due to COVID-19 infection," a senior official said.

His cremation was held on Sunday, the officials said.

Then a lieutenant colonel, Lt Gen (retd) Vohra commanded the elite Hodson's Horse in the Shakargarh Sector during the Indo-Pak War of 1971 and was awarded the Maha Vir Chakra for his conspicuous bravery and leadership.

During the Battle of Basantar, the regiment came under heavy fire from the enemy and faced huge resistance, but 27 enemy tanks were destroyed under his able command, the officials said.

The Maha Vir Chakra (MVC) is the country's second highest gallantry award. It is awarded for acts of conspicuous gallantry in the presence of enemy whether on land, at sea or in the air.

Lt Gen (retd) Vohra had received the coveted award in 1972.

In his long and illustrious career, he tenanted many prestigious appointments, including GOC-in-C Eastern Command and GOC 31 Armoured Division, the official said.

Born in 1932 in Shimla, the veteran officer was from the pioneer course of the National Defence Academy, and was commissioned into the 14 Horse in December 1952, they said.

An alumnus of the Defence Services Staff College, Wellington, the officer fought in the Punjab sector during the Indo-Pak War of 1965, the officials said.