Haryana Not Harsh Like Arvind Kejriwal, Will Provide Aid To All: Minister

With the raging COVID-19 crisis in Delhi, Anil Vij said he had got requests from some people in their individual capacity who were wanting to know if beds were available in Haryana for coronavirus patients. 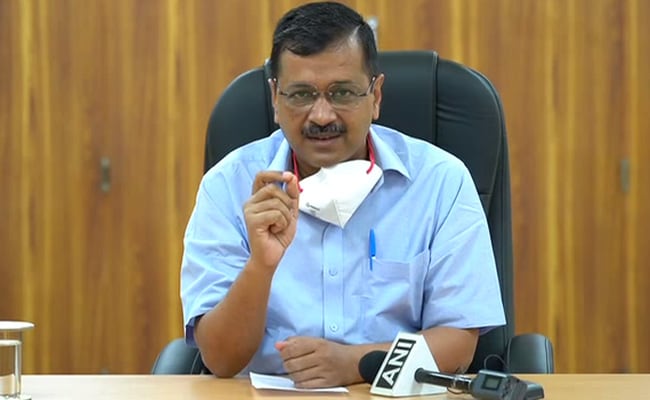 Targeting Delhi Chief Minister Arvind Kejriwal over his decision to reserve hospitals run by the city government and private entities for Delhiites only during the coronavirus crisis, Haryana Health Minister Anil Vij on Sunday said the state will not deny treatment to outsiders as it cannot be "harsh" like the AAP supremo.

"We cannot put restrictions and deny treatment to anyone if he/she, who is from outside Haryana and falls ill in the state or is taken ill while in transit. We will treat such patients. We cannot be harsh like Arvind Kejriwal," Mr Vij said.

He was asked to comment on Mr Kejriwal's announcement that the hospitals run by the Delhi government and private entities will only treat Delhiites during the coronavirus crisis while the city''s borders will be reopened from Monday.

With the raging COVID-19 crisis in Delhi, Mr Vij said he had got requests from some people in their individual capacity who were wanting to know if beds were available in Haryana for coronavirus patients.

"In the past few days, many have contacted me saying they were not getting beds in Delhi," he said.

Mr Vij said the recovery rate and rate of doubling of COVID-19 cases dropped in Haryana as a number of cases has been reported during the past over a week. He, however, hoped there will be some improvement once these patients are discharged.

The state's recovery rate has fallen to nearly 31 per cent from over 65 per cent about a fortnight back while the rate of doubling of infections has come down to 7 days from 16 earlier.

Asked to comment on spurt in cases during the past over a week, Mr Vij said these cases either have a travel or contact history.

Replying to a question, the Health minister said there is no community spread in any of the districts in Haryana.

He said the state will ramp up the number of tests per million population to 10,000 from the present nearly 5700.

"I think we must be in the top four states in the country in terms of number of tests we conduct. We are planning to take it to 10,000 tests per million in the coming days," Mr Vij told reporters.

Around 1.5 lakh people in the state have been tested for the disease so far. According to the 2011 Census, the population of Haryana is 2.53 crore.

The total number of coronavirus cases in Haryana has crossed 4,000 and the state has reported 24 COVID-19 deaths. Most of the cases have been reported from Gurgaon, Faridabad and Sonipat districts, all of which fall in the National Capital Region (NCR).

The worst-hit Gurgaon alone has close to 1,800 COVID-19 cases with four deaths.