COVID-19: Niti Aayog member Dr Paul said that unlock activity in Delhi could lead to an increase in cases. 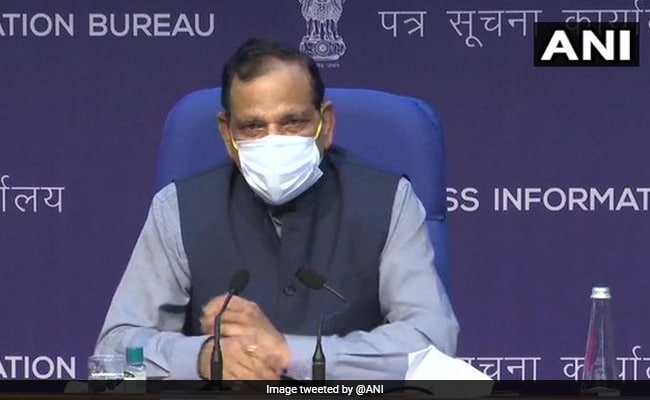 Niti Aayog member V K Paul has told the Delhi government to remain watchful as the next three months are important and unlocking activities can lead to an increase in coronavirus cases.

At a meeting of the Delhi Disaster Management Authority (DDMA) on July 9, he also suggested that the city government consult the Centre before imposing any travel restrictions in the capital.

Dr Paul said that "unlock activity could lead to an increase in cases, though at present the positivity rate of cases is at its lowest point", according to the minutes of the meeting made public on July 20.

"The next three months are important; we need to be watchful," the Niti Aayog member of health said.

Chief Secretary Vijay Dev flagged the presence of the Delta Plus -- a coronavirus variant of concern -- in 12 states and referred to the high case positivity rate in northeast India.

He recalled that Delhi had earlier imposed some restrictive measures such as carrying negative RT-PCR reports for people coming from Andhra Pradesh, Telangana and Maharashtra.

Dr Paul suggested that the "advice of the Government of India should be taken before imposing any restrictions on the movement of inter-state travel with Delhi being the capital of the country".

Lieutenant Governor Anil Baijal, who chaired the DDMA meeting, suggested that rather than asking for negative RTPCR test reports, vaccination certificates should be the criteria, as it will also promote vaccination.

The DDMA devises COVID-19 management policies for the national capital.

At the meeting, Chief Secretary Dev raised the issue of idle stocks of vaccines with the private sector.

Dr Paul suggested the Delhi administration may explore options, including procuring such vaccine stocks for optimal utilization and early vaccination of focused sections of society.

Dr Samrian Panda of the Indian Council of Medical Research told the DDMA that the third wave of COVID-19 is "unlikely to be as severe as the second wave".

He said that different states faced heterogeneous situations during the second wave. There were uncertainties and some states initiated lockdown measures close to the peak of the second wave and some at an early stage.

He mentioned that a substantial third wave would be plausible if any new and more infectious variant of coronavirus emerges and escapes prior immunity in the absence of adequate lockdown measures.

"In the absence of these two factors, the projected third wave is unlikely to be as severe as the second wave. The timing of the third wave remains uncertain and it would be driven by factors outside the scope of modelling," he said.

Dr Panda suggested that vaccination efforts be ramped up to mitigate the impact of a possible third wave.

Delhi battled a brutal second wave of the pandemic that claimed a massive number of lives, with the shortage of oxygen at hospitals across the city. On April 20, Delhi had reported 28,395 cases, the highest in the city since the beginning of the pandemic. On April 22 the case positivity rate was 36.2 per cent, the highest so far.