Decision communicated in a letter dated January 9 from the Ministry of Health and Family Welfare which does not mention the reason for cancelling the national polio drive; states "unforeseen circumstances". 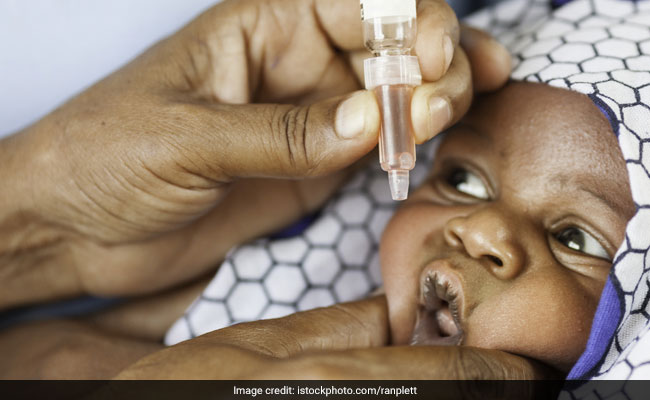 The national polio immunisation programme, that covers all children in India under the age of 5, has been deferred "till further notice" by the Ministry of Health And Family Welfare.

The decision was communicated in a letter dated January 9, the day the government announced that India's COVID-19 vaccination drive would start on January 16. It does not mention the reason for cancelling the polio drive, and only cites "unforeseen circumstances" for its decision.

Though states are yet to receive a copy of the circular, officials cited the ministry's order for cancelling arrangements made to give pulse polio drops to millions of children over three days starting January 17.

However, the government has maintained that the coronavirus inoculation exercise - set to cover over 3 crore health and frontline workers in phase 1 - should not affect routine vaccination programmes in the country.

"We have to also ensure that routine vaccinations for other diseases do not get affected because of Covid vaccinations," Prime Minister Narendra Modi had said on Monday after his meeting with chief ministers called to discuss nuances of the "world's largest" exercise of its kind.

A similar plea was also made by Health Secretary Rajesh Bhushan at today's national briefing on coronavirus pandemic. Process to give anti-Covid jabs should not "compromise existing healthcare services, especially national programmes and primary healthcare", he said.

On January 8, a day before the circular was issued, Health Minister Harsh Vardhan had announced the start of the three-day exercise from January 17. A day earlier, he had also urged his colleagues to "go the extra mile".

Putting all hands on deck!

Held a resourceful VC with Health Ministers of States & UTs to review preparedness for the nationwide dry run of administering #COVID19vaccine to be conducted tomorrow.

Exhaustive efforts are being made to ensure smooth rollout of #COVID19#vaccinepic.twitter.com/gzfJeefzEJ

Every year, the national polio immunisation drive - one of the most expansive exercises conducted under the National Health Mission - starts on January 17, which is also observed as the National Immunisation Day.

It covers over 172 million children who are given oral doses to protect them against the infectious disease cause by the poliovirus.

Polio, which mostly presents itself as limb deformities, affects the central nervous system through the gut and targets muscles. The last reported case of polio in India was in 2011.