Coronavirus: 24 People Who Returned From China Quarantined In Haryana

Sujeet Singh, Director, National Centre for Disease Control (NCDC), said: "All 24 people, who bypassed quarantine, have been tracked and kept in isolation". 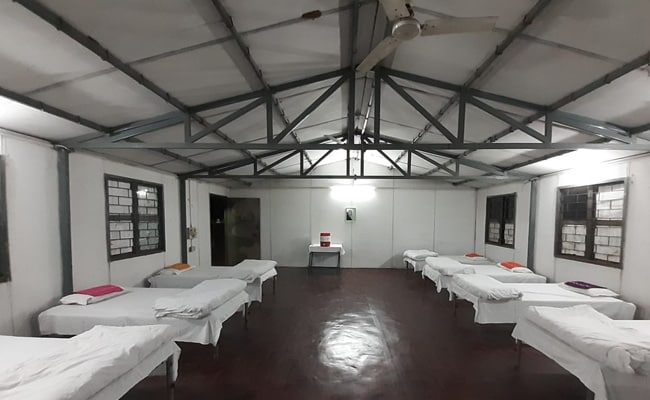 Coronavirus: The state's emergency helpline 8558893911 is functional, and received 78 calls so far.

Sujeet Singh, Director, National Centre for Disease Control (NCDC), told news agency IANS, "All 24 people, who bypassed quarantine, have been tracked and kept in isolation. A report has also been submitted to the concerned departments on the issue."

One such person was admitted to the Post Graduate Institute of Medical Sciences (PGIMS) in Rohtak on Wednesday. He reportedly took an alternative route to reach India from China even before a special Air India flight made two trips to Wuhan, the epicentre of the coronavirus outbreak, and evacuated more than 600 people. His condition is stated to be stable.

Dhruv Choudhary, HoD, Pulmonary Critical Care Department, PGIMS, told IANS, "One suspected person came to the hospital on Wednesday with complain of fever, cough, cold, body ache and breathing. Without wasting any time, we kept him in the isolation ward. We are keeping people in the isolation ward just if they have respiratory problems, irrespective of symptoms. We don't want to take any chances.

"The patient told us that there was panic in China. That's why he took an alternative route to come back to India. He was scared and that's the reason he did not inform the authorities. However, after showing some symptoms, he came to our hospital. Now we are also telling people that there is no need to hide anything," Mr Choudhary added.

"I want to urge everyone to share information on their health if they show symptoms or have history of travelling to China. They need not to be afraid of reporting to health authorities. We are their friends, not enemies. At least they should be quarantined in their homes. There are self-declaration forms are available in Haryana health department's website i.e.haryanahealth.nic.in.," he added.

He also urged that the media should spread awareness, and not panic and fear. "I want to urge the media to report sensitively on the issue and chose words like 'sankraman' (infection) very carefully so that people are not scared," Mr Choudhary said.

According to a statement released by the Haryana Health Department, a total of 151 hospitals with 685 beds have been demarcated for isolation and other management measures.

According to Choudhary, till Friday, 435 persons were under observation in Haryana, out of which 428 persons have history of travelling to China.

Till date, 16 samples have been sent for testing, out of which seven have come negative while the reports for the rest are awaited.

(This story has not been edited by NDTV staff and is auto-generated from a syndicated feed.)
Comments
CoronavirusCoronavirus in IndiaHaryana