Constitution Draft Was Prepared By A "Brahmin", Says Gujarat Speaker

Gujarat Assembly Speaker Rajendra Trivedi claimed that Dr BR Ambedkar had given the credit for preparation of the draft of the Constitution to BN Rau, who was a Brahmin. 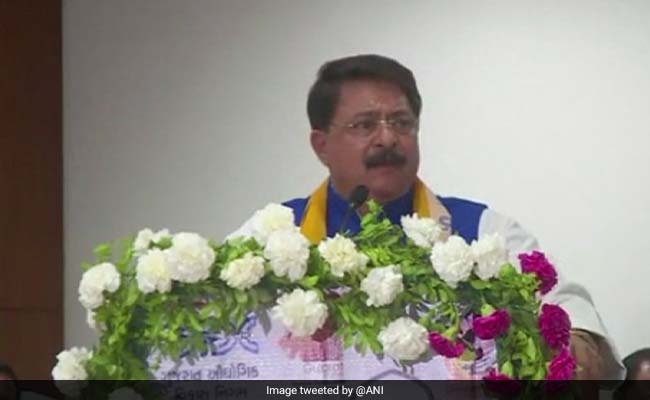 Rajendra Trivedi said history tells us that Brahmins always stand behind and promote others. (File)

Gujarat Assembly Speaker Rajendra Trivedi on Friday claimed that Dr BR Ambedkar had given the credit for preparation of the draft of the Constitution to BN Rau, who was a Brahmin.

Speaking at the inauguration of the second edition of 'Mega Brahmin Business Summit' in Ahmedabad, Gujarat, he said that eight out of nine Indian Nobel winners, including economist Abhijit Banerjee, were Brahmins.

"Do you know that constitutions of 60 countries were studied and then our draft Constitution was prepared? Do you know who presented that draft to Dr BR Ambedkar? We all take Dr BR Ambedkar's name with respect when it comes to the Constitution. However, in his (Dr Ambedkar's) own words, the draft was prepared by BN Rau -- Benegal Narsing Rau -- a Brahmin," he said at the event, also attended by Chief Minister Vijay Rupani.

"History tells us that Brahmins always stand behind and promote others. It was BN Rau who kept Dr Ambedkar ahead of him. We are proud of Dr Ambedkar because he admitted this during his speech in the Constituent Assembly on November 25, 1949," Mr Trivedi added.

"And I quote him: 'The credit given to me does not really belong to me. It belongs to BN Rau.'" the Speaker said, adding that of the eight Indians who won the Nobel prize, seven were Brahmins.

The Speaker also cited Delhi fireman Rajesh Shukla who saved 11 persons during a fire in Delhi last month as another exemplary member of the community.