Congress said skeletons in the Rafale "scam" are tumbling out and now there is "no official secrets act" to hide behind for the Modi government. 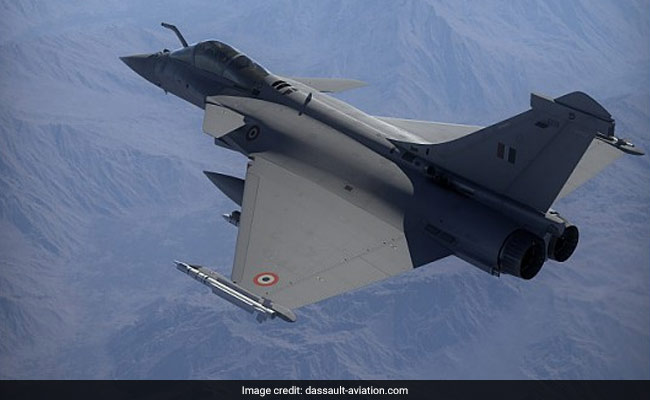 Rafale case: Centre had told Supreme Court that classified papers were used as evidence by petitioners.

Opposition parties today praised the Supreme Court's decision allowing leaked documents to be relied upon by petitioners seeking review of its Rafale judgement, saying the Modi government now has "no official secrets act" to hide behind and a probe into the "scam" will take place.

In a setback to the Centre, the Supreme Court allowed leaked documents to be relied upon by petitioners seeking review of its Rafale judgement and dismissed the government's preliminary objections claiming "privilege" over them.

While welcoming the decision, the Congress alleged that Prime Minister Narendra Modi can "run and lie" as much as he wants but truth comes out eventually.

"Modiji, you can run and lie as much as you want but sooner or later the truth comes out. The skeletons in Rafale scam are tumbling out one by one. And now there is 'no official secrets act' to hide behind," Congress' chief spokesperson Randeep Surjewala said.

"SC has upheld a time honoured legal principle; A rattled Modiji had threatened to invoke Official Secrets Act against independent journalists for exposing his corruption on Rafale. Don't worry Modiji, an investigation is going to take place now, whether you like it or not," he said in a series of tweets.

Reacting to the development, CPI(M) general secretary Sitaram Yechury alleged that the government has compromised on national security.

"Modi and his govt have compromised national security for corruption and cronyism in an important defence deal. They tried to evade accountability, denied a JPC, hid price from CAG, tried to first mislead, then stall any hearing in Supreme Court. Important that culprits are booked," he said on Twitter.

"Modi and his minions have falsely claimed that they have a 'clean chit' in the Rafale scam. But the proofs have come tumbling out one after another. It has been the most corrupt and most compromised govt in India's history. Now is the time to throw it out," he said.

The Centre had submitted that the privilege documents were procured by petitioners in an illegal way and used to support their review petitions against the December 14, 2018 judgement of the apex court dismissing all pleas challenging procurement of 36 Rafale fighter jets from France.

The Congress has been accusing PM Modi of helping industrialist Anil Ambani make a profit of Rs 30,000 crore by favouring him as the offset partner in the Rafale deal.

The government has denied any wrongdoing in the fighter jets deal. Anil Ambani has also rejected all allegations.