On the first day of his visit, Rahul Gandhi will hold a public meeting at Athani in Belgaum district of Karnataka at 1:00 pm. 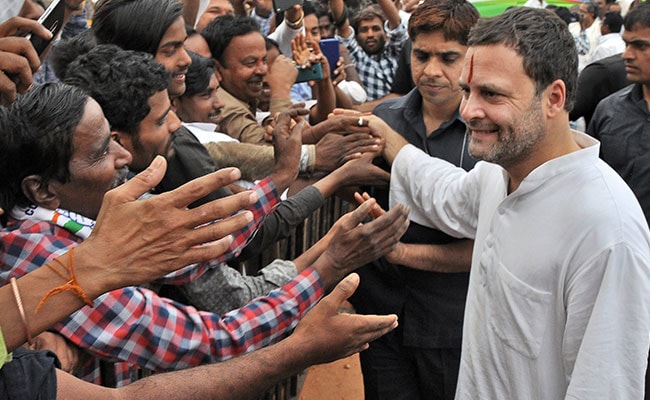 New Delhi: As part of his election campaign, Congress President Rahul Gandhi will be on a three-day visit to Karnataka starting Saturday, the party said on Friday.

On the first day of his visit, Mr Gandhi will hold a public meeting at Athani in Belgaum district at 1:00 pm.

He will attend another programme "Sthree Shakti Samavesh" (women's rally) at a public meeting ground in Tikota of Bijapur district at 3:15 pm, followed by two other programmes in the district on Saturday.

Promoted
Listen to the latest songs, only on JioSaavn.com
During his three-day visit to the state, Mr Gandhi will also go to Bagalkot and Dharwad districts, where he will meet various groups in the state and address public meetings.