State Congress chief Kamal Nath and Jyotiraditya Scindia would be in favour of tying-up with the BSP to sweep the polls, said a senior Congress leader. 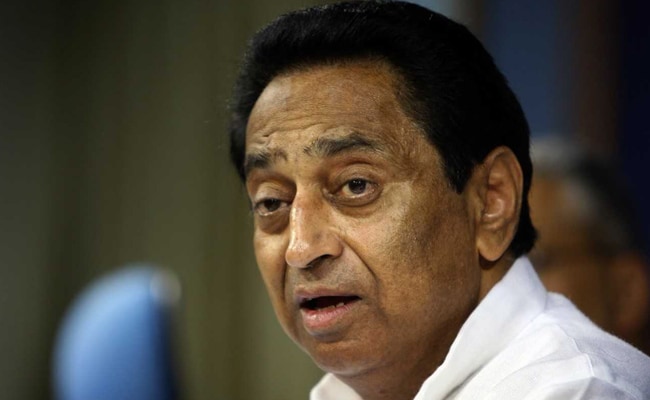 Earlier, Kamal Nath had said the party had not started talks of alliance. (File)

Bhopal: Buoyed by the formation of its alliance government in Karnataka, a Congress leader has hinted the party would be inclined to align with the Bahujan Samaj Party (BSP) to wrest power from the BJP in Madhya Pradesh, where the assembly polls are due later this year.

State Congress chief Kamal Nath and state assembly election committee campaign chairman Jyotiraditya Scindia would be in favour of tying-up with the BSP to sweep the polls, said a senior Congress leader, who did not wish to be named.

However, the leader also said the party high command would take a final call on stitching any alliance with the BSP.

Earlier, when reporters asked Mr Nath about his party's strategy for the elections in the central Indian state, he had said the party had not started talks of alliance with anyone.

"I will take everyone's opinion on this and the modalities of a tie-up," he had said.

Mr Nath said the BJP had pocketed just 31 per cent votes in the 2014 general elections, while 69 per cent of the ballots were cast against the party.

"The BJP then claimed that it got majority but what sort of a mandate it secured?" he asked.

The Congress does not want fragmentation of votes and keeping this in perspective, talks were going to be initiated at the national and the state-level, he had said.

A senior BSP leader, who is considered close to Mayawati, said they cannot comment on a pre-poll alliance with the Congress. "Behenji (Mayawati) deals with such issues," he added.

In the 2013 MP Assembly elections, the Congress and the BSP polled 36.38 per cent and 6.29 per cent respectively, of the total votes, whereas the BJP secured 44.88 per cent ballots.

The BJP won 165 seats, the Congress 58, the BSP four while independents won three seats in the 230-member Assembly in the last Assembly polls.

Promoted
Listen to the latest songs, only on JioSaavn.com
In the 2008 Assembly polls, the Congress and the BSP secured 32.85 and 8.97 per cent votes respectively, which was collectively four per cent more than the 37.64 per cent of the votes garnered by the BJP.

Since January last year, five assembly by-elections were held in Madya Pradesh where the Congress won four and the BJP one. The BSP had not been in the fray in these bypolls.