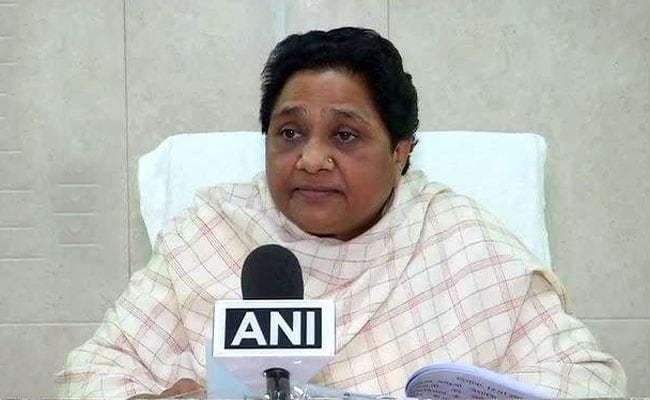 Congress election manifesto appears to be a showoff and illusion, says Mayawati.

BSP supremo Mayawati Wednesday termed the Congress manifesto as a "showoff" and an "illusion" and said there was no credibility of the promises made by the party due to its past.

Congress and BJP are no different when it comes to non-fulfilment of promises, the former Uttar Pradesh chief minister said in a tweet.

"Congress election manifesto appears to be a showoff and illusion like its previous promises. Due to continuous working against its promises, there is no credibility left for Congress among the people. Congress and BJP are no different in non-fulfilling promises," she said in the tweet.

Claiming the BJP was afraid of the SP-BSP-RLD alliance, Ms Mayawati said, "They (BJP) are so afraid that instead of talking of issues, they indulge in unnecessary casteist statements on top leader of (alliance).No one should be provoked by them (statements) and give them befitting reply by showing good results".