Mamata Banerjee As PM Is Not An Isolated Comment By BJP: Somen Mitra 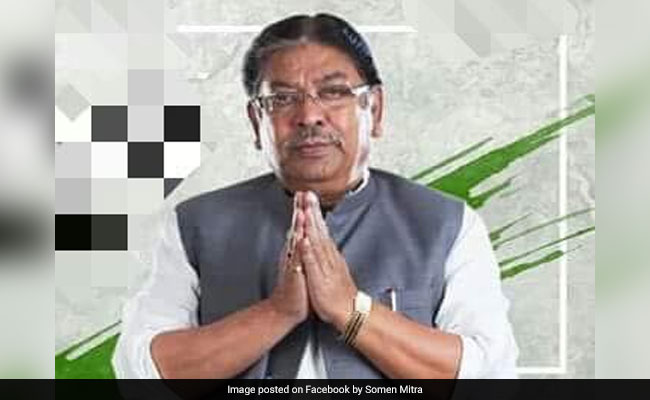 TMC's opposition to the strike call is an example of ''TMC-BJP fixed match'' in Bengal: Soumen Mitra

"Dilip Ghosh's statement that Mamata Banerjee has the best chance to become the first Bengali Prime Minister is not an isolated statement. It is a reflection of tacit understanding between both the parties in the state. We have been saying this for a long time but now the cat is out of the bag," Mr Mitra told reporters.

Dilip Ghosh had, however, on Sunday made a U-turn and said his remark the day earlier on Chief Minister Mamata Banerjee's prime ministerial prospects was made in jest.

Mr Mitra termed Dilip Ghosh's u-turn as a "lame excuse" and said that the people of the state very well understood the kind of "political setting" that exist between parties.

He claimed that by making the statement, Mr Ghosh has virtually accepted that the BJP will not return to power in the 2019 Lok Sabha polls and might extend support to Mamata Banerjee in such a scenario.

Commenting on the general strike called by various Left trade unions on January 8 and 9, Mr Mitra said TMC's opposition to the strike call is another example of ''TMC-BJP fixed match'' in the state.

"Why is she opposed to the strike call in the state? It is not against the state government. It is a nationwide strike call against the policies of the Modi government. This only proves that the TMC and BJP are both on the same page regarding economic policies and TMC's call to fight against BJP is nothing but a farce," he said.

As many as 10 central trade unions have called a nationwide general strike on January 8 and 9, against the "anti-people" policies of the Centre and have placed a charter of 12 demands before the Centre.

The demands include minimum wage, universal social security, workers' status and including pay and facilities for the scheme workers, against privatisation of public and government organisations.

Leaders and activists of various parties including TMC, Union Muslim League and CPI(M) today joined Congress and vowed to fight against the communal politics of TMC and BJP in the state.