How Will Farmers Get Minimum Price Without Data? Asks P Chidambaram

P Chidambaram attacked the government on the promises made by them to various sections of the society. 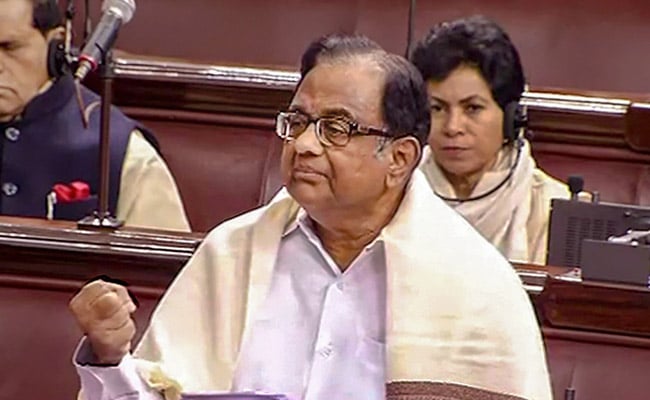 "How will the Minister know which farmer sold his produce to which trader?" P Chidambaram asked (File)

Senior Congress leader and former Union Minister P Chidambaram on Sunday targeted Agriculture Minister Narendra Singh Tomar, asking him how he will ensure that Minimum Support Price (MSP) is given to farmers when there is no data of private trade available with the government.

"How will the Minister know which farmer sold his produce to which trader? How will he know the millions of transactions that will take place every day all over the country? If he does not have the data, how will he guarantee MSP is paid in every transaction?" he added.

Mr Chidambaram further attacked the government on the promises made by them to various sections of the society.

"Rajneeti ka chasma utar kar kisan ka chasma laga lo (take off political spectacles, see from point of view of farmers)," he said during his reply in the Lok Sabha to the debate on two agriculture bills.

The Farmers (Empowerment and Protection) Agreement of Price Assurance and Farm Services Bill, 2020 is aimed at developing a national framework for farming agreements to empower farmers through networking with agribusiness firms, exporters and retailers.

The Farmers Produce Trade and Commerce (Promotion and Facilitation) Bill, 2020 seeks to give farmers a choice to sell their produce at competitive prices anywhere.

The Essential Commodities (Amendment) Bill, 2020 was passed by the House earlier.