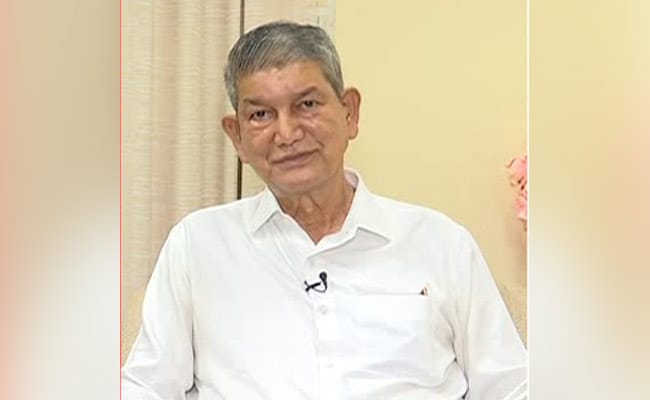 If there was nothing wrong with Narendra Modi going uninvited to Nawaz Sharif's birthday and hugging him, how could Navjot Sidhu hugging General Bajwa be an act of sedition, he had said.

Objecting to it, Anil Baluni said it was "unfortunate and hurting" that Harish Rawat had used the word for someone "whose hands are steeped in the blood of India's brave soldiers".

"What sort of politics of appeasement is this?" he asked.

"It is more shocking as it comes from a man who belongs to Devbhoomi where every family has someone in the armed forces," Mr Baluni said. The BJP MP also lashed out at harish Rawat for praising Navjot Sidhu.

"How could he praise Sidhu who has been described by his own senior party colleague and former chief minister Amarinder Singh as a threat to national security," Mr Baluni asked referring to a comment by the ex-Punjab chief minister, who resigned from the post recently.

Harish Rawat, who is also the chief of the Congress campaign committee in poll-bound Uttarakhand, said he does not want a lecture from his BJP friends on nationalism and martyrdom.

He said his relatives are in the armed forces from the rank of a jawan to brigadier and that he was proud of the fact that his son-in-law was killed fighting terrorists in Jammu and Kashmir.

"Anil Baluni does not need to remind me of our great military traditions," he said.

Justifying his calling General Bajwa a Punjabi "brother", he said that part of India's Punjab which is now in Pakistan is also called Punjab.