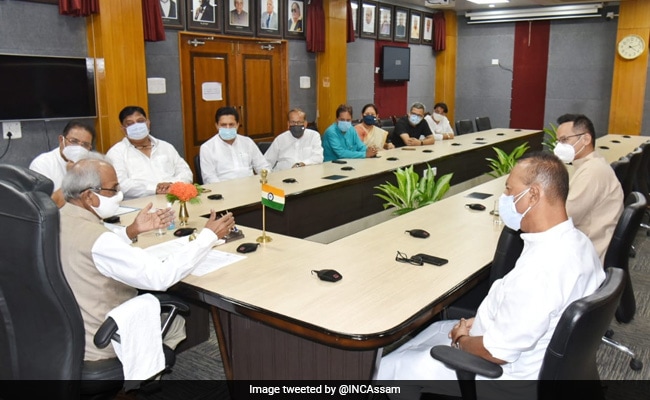 The Congress handed over a memorandum to Assam Governor Jagdish Mukhi, seeking a CBI probe.

The Congress has demanded a CBI probe into the illegal kidney transplant racket in Assam that was recently busted.

The Opposition party today met Assam Governor Jagdish Mukhi and handed over a memorandum, seeking a CBI investigation into the matter.

Meanwhile, Congress MP from Assam Gaurav Gogoi has written to West Bengal Chief Minister Mamata Banerjee, urging her to order an inquiry against allegations that the surgeries took place at a hospital in Kolkata.

At least three persons have been arrested in Morigaon district for allegedly running an organ racket. More than a dozen people have given statements that they were lured into selling their kidneys. Most of them said they did not get the promised sum. The surgeries, they have said, were conducted at a Kolkata hospital.

Members of the Village Defence Party that unearthed the racket said the instances of organ sale peaked in the past one year as people were forced out of work due to the lockdown.

The Congress said in its memorandum to the Governor that such a racket of human organ sale cannot operate unless there is "some support" from the ruling government.

The Opposition party said the incident "exposes the pathetic picture of the poverty of the people for which they are compelled to sell" their organs. The picture is in contrast to the "tall claims" of the BJP government and its promise of Sabka Saath, Sabka Vikas, the Congress said.

The party also alleged that the alleged kingpin of the racket, who has been arrested, is "an active worker of BJP" and that the "illegal human organ trade racket has been very active since last 5 years in Assam under the rule of BJP Government".

"Therefore, we urge upon you to hand over this crime to CBI for proper enquiry...,": the Congress said in its memorandum.

In his letter to West Bengal Chief Minister, Kaliabor MP Gaurav Gogoi said a newspaper report has stated that the surgeries as part of the racket took place at a Kolkata hospital.

"I humbly request you to instruct the police to initiate an enquiry and verify the substance of these media allegations," he added in his letter.